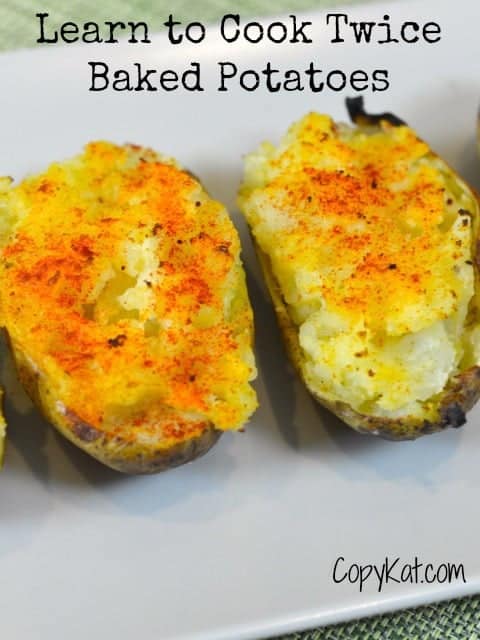 I love preparing these recipes from my old home economics cookbook, they are all very simple and straight forward recipes. If these were the recipes that were written for 13 year old students, you know they are easy recipes. This recipe twice baked potatoes is very simple. You might wonder why these are called twice baked potatoes, they are called that because first the potatoes are baked in the oven, then the potato is scooped out, and seasoned, and then the seasoned potato is spooned back into the potato. The second baking enhances the flavor through the second baking.

This is a very simple recipe, but you can add in things like sliced green onions, cooked bacon, cheese, and even sour cream. You can be as creative as you want. In fact, you may want to check out some of these other twice baked potatoes.

For this recipe I suggest that you use a Russet Potato, they are starchier than other types of potatoes, like a Yukon Gold for example. Other potatoes can be more waxy than a Russet potato. This will bake up and be wonderfully fluffy. I hope you give this simple recipe for twice baked potatoes a try, and be sure to check out more of these learn to cook recipes. 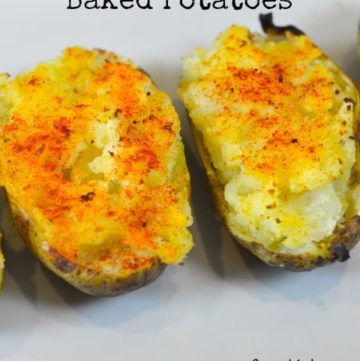 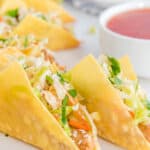 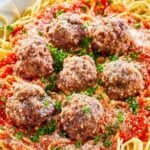 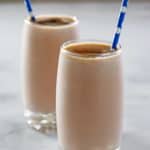