Have you tried the Cracker Barrel Campfire S’more? It is a delicious fudgy brownie on top of a buttery graham cracker crust, topped with a marshmallow and chocolate, and served with ice cream and chocolate sauce. 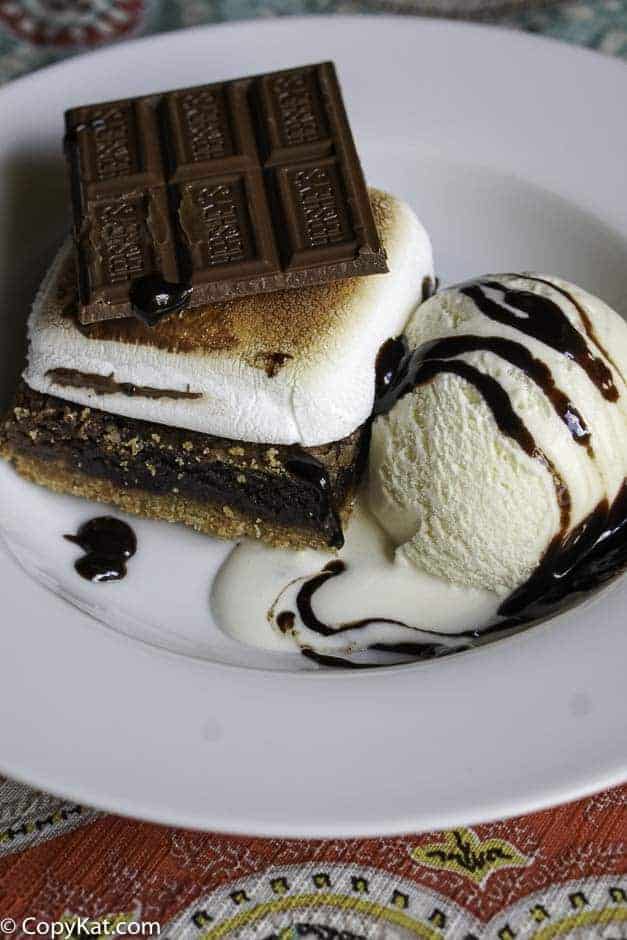 The Cracker Barrel menu has lots of campfire favorites during the summer. The Cracker Barrel Campfire s’more is a treat you are going to love. We start out with a buttery graham cracker crust, then top it with a fudgy brownie. We then pop a marshmallow on it and toast that marshmallow. The toasted marshmallow gets topped with Hershey’s chocolate. Did I mention that we serve this with vanilla ice cream and chocolate?

S’more brownies are a wonderful treat to make, you can capture the childhood fun of a sitting by a campfire making S’mores, and it brings these flavors indoors. You can serve this dessert for a group of people. This recipe makes nine servings, or 8 if you want to try one ahead of time. 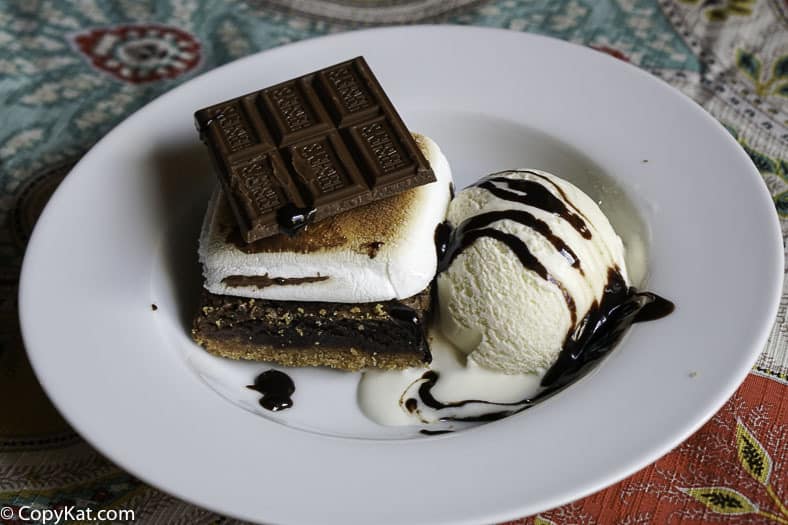 These are fun desserts that are great to serve at a party. I don’t make these until just before serving. You can pop the marshmallows on top and put those in your oven and use the broiler to brown them. During the summer sometimes you can find larger square marshmallows instead of the regular ones. Any marshmallows will do though.

If you wanted to use a package mix of brownies instead of making brownies from scratch, you could do that as well. You will need to make sure the package is designed for a smaller pan. While homemade brownies taste better, you can use a boxed mix for this recipe and the package mix will taste fine. 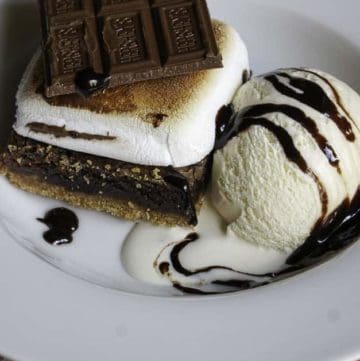