Potato Leek soup is a great way to enjoy potato soup. Leeks lend a unique and different flavor than onions. I have also added a bit of bacon to this recipe. This potato soup is rich and creamy enough that you don’t need to add cheese, sour cream, and other toppings to make this soup tasty. 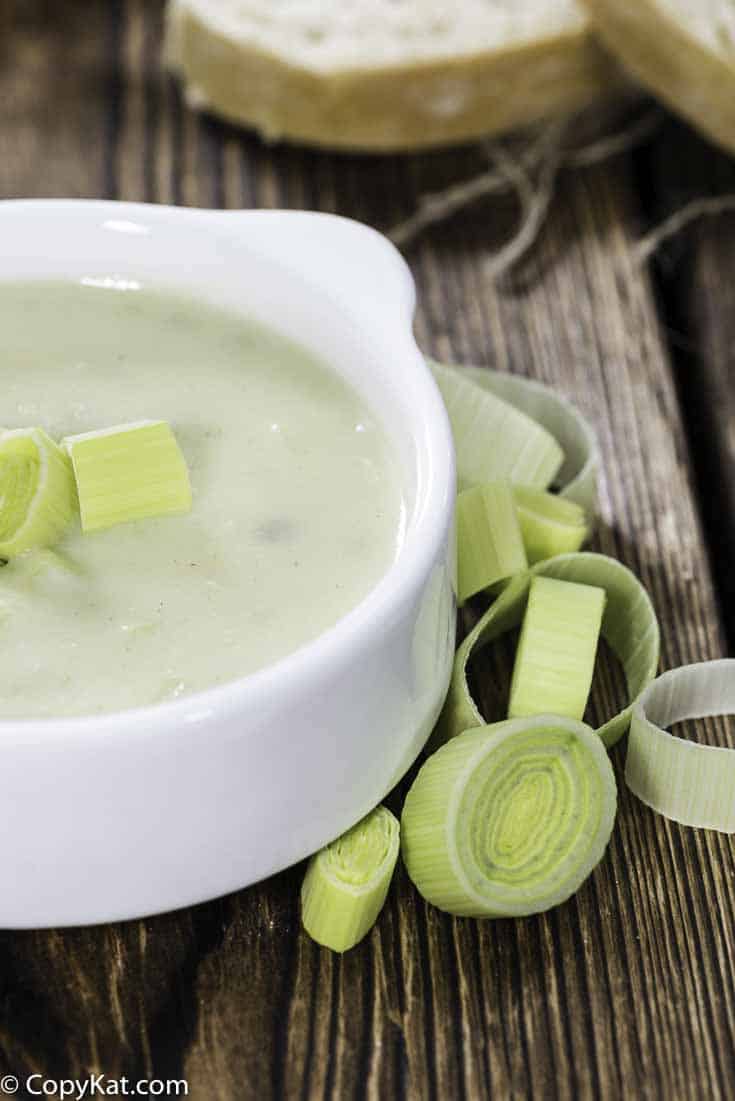 Cream of potato and leek soup is a great way to enjoy potato soup. Leeks lend a unique and different flavor than onions. I have also added a bit of bacon to this recipe. If you enjoy a good soup, you will love this creamy leek and potato soup recipe. This potato soup is rich and creamy enough that you don’t need to add cheese, sour cream, and other toppings to make this soup tasty. Sure, I love baked potato soup as much as the next person, but I also love cream soups for their simplicity.

My inspiration for this recipe came from two different places. One is The Seasoned Cook, and the other is a co-worker of mine. The Seasoned Cook gave me the idea to sauté bacon with onions or leeks for soup making. Also, my co-worker mentioned that she saw a cook make potato leek soup. So, hence came my inspiration.

Leeks are actually members of the lily family. They look like monstrously overgrown green onions (aka scallions). They are perfect in place of onions for a milder flavor with a slightly sweet edge. They’re very versatile and keep very well once you bring them home from the market. They’re also in season for a nice long stretch. Most people only use the white and very light green parts of leeks.

However, you can reserve the dark green parts for stock or broth. The dark parts can also be quite tasty when cooked long and slow until they’re meltingly tender. Cooked in this way they can be used as a filling for dumplings.

How to Make Potato Leek Soup

The cooking process for this creamy leek and potato soup recipe is first to cook the leeks and bacon together. Once these are nicely cooked, I add chicken stock and potatoes and cook until the potatoes are tender. I then remove some of the cooking liquid and add heavy cream. I know I said that you don’t need toppings, but it is very tempting to top your soup with some fresh chives, croutons, bacon, cheese, or sour cream if you just can’t resist.

Since the soup has heavy cream, it will reheat well. And it freezes beautifully so you can take advantage of the sale price on that big bag of potatoes and make some extra soup to stock your freezer with. Then you have an easy reheat-and-eat meal when you’re in a time crunch. You can even serve this soup chilled for vichyssoise. 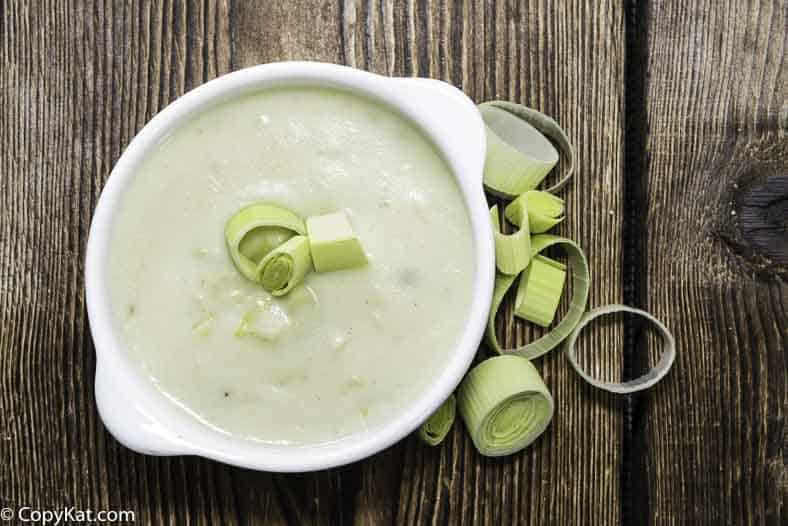 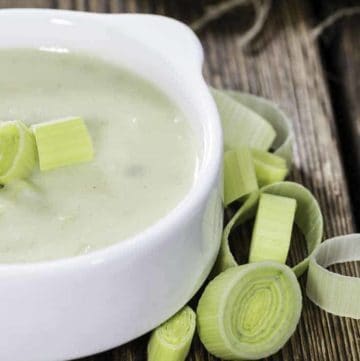