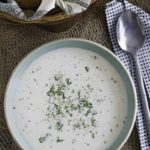 Grandma’s potato soup recipe is so comforting and perfect when you are trying to capture some of those familiar feelings of childhood.  Made with russet potatoes, butter, evaporated milk you can create a bowl of soul-satisfying soup.  In about 45 minutes you can have the best bowl of potato soup your spoon can sink into! 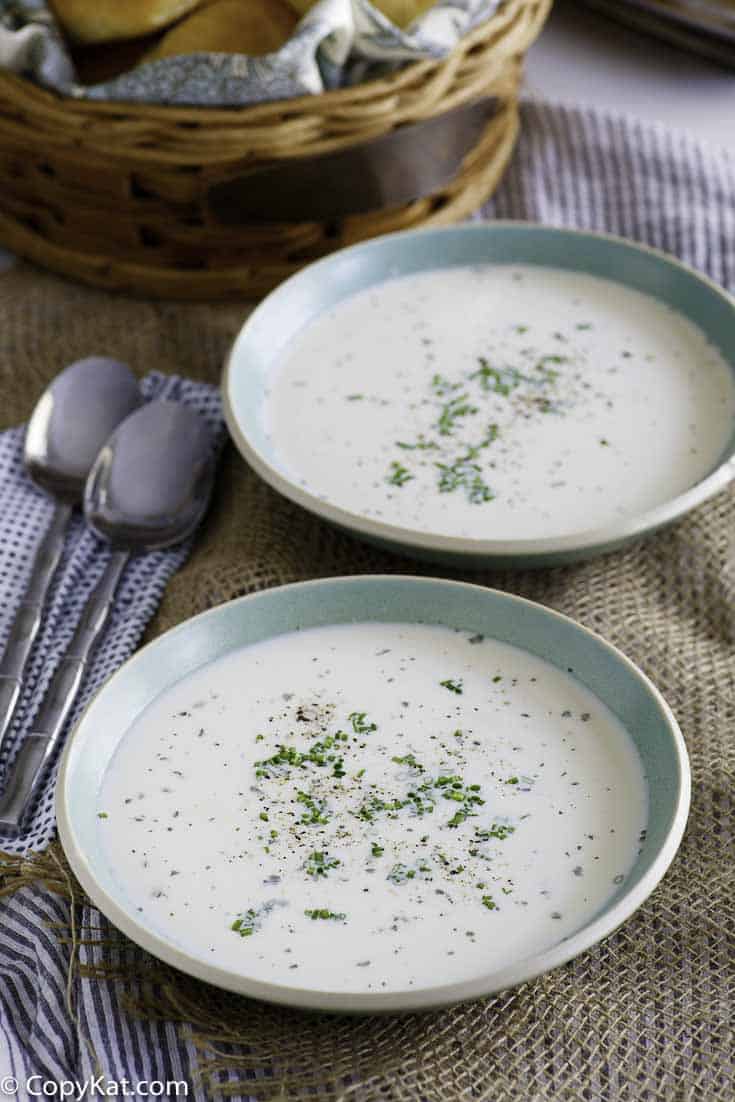 Homemade potato soup is so comforting and perfect when you are trying to capture some of those familiar feelings of childhood. In fact, some recipes are so nostalgic that you just need to have them – and this old fashioned potato soup recipe is definitely one of them. Potatoes, milk, and other fresh vegetables make for a delightful pot of soup. 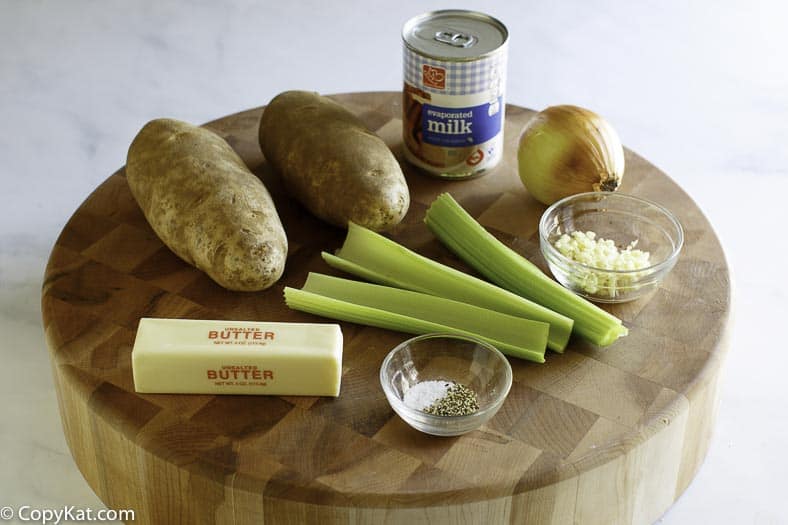 What About the Potatoes?

Some potatoes aren’t good for making potato soup. It’s a fact that all potatoes are not created equal, and some kinds of potatoes can turn your soup into a thick, gluey mass. My grandmother used Idaho or russet potatoes, and she definitely knew best.

One Potato for the Pot Explained

It was a tradition when feeding a group of people to allow one potato per person plus one for the pot. It meant that you had enough food but not too much. You prepare the “pot” potato along with the other potatoes. 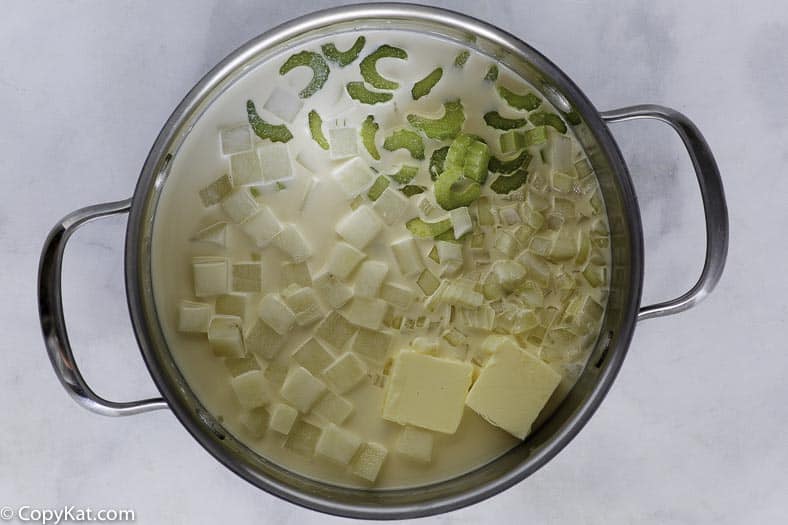 What is Garlic Juice?

This recipe uses garlic juice, but you can substitute chopped or pressed garlic. Garlic juice is reputed to have many health benefits, and you can even make your own garlic juice. While researching how to make garlic juice, I came across a gadget called a garlic peeler that makes it very easy to peel garlic.

How do you make potato soup from scratch?

It’s easy to make potato soup from scratch. This recipe starts by peeling potatoes, cutting them, and placing them in a pot with milk, evaporated milk, and aromatic vegetables like celery and onions. The potatoes are cooked until tender, and the soup is blended for a delicious thick and creamy soup.

You can easily thicken potato soup by adding a mixture of flour and butter that is blended together. By blending equal amounts of butter and flour together, you create a powerful thickener that turns a thin soup into a creamy soup you will love.

Do you put flour in potato soup?

It will depend on the recipe. This recipe does not have flour in it. You could thicken the soup if you like.

Can you make potato soup ahead?

You can make potato soup ahead of time, potato soup reheats very well. The best way to heat up potato soup is to heat it up gently on the stovetop over low heat.

Thanks to my readers for these suggestions:

Grandma’s Potato Soup is the perfect way to warm up!

There is simply nothing as good as a delicious bowl of homemade potato soup. Potato soup is easy to make, and perfect for the beginner and the experienced cook alike.

Before you make this amazing bowl of soup be sure to leave me a comment down below and share the best dish your grandmother made for you! 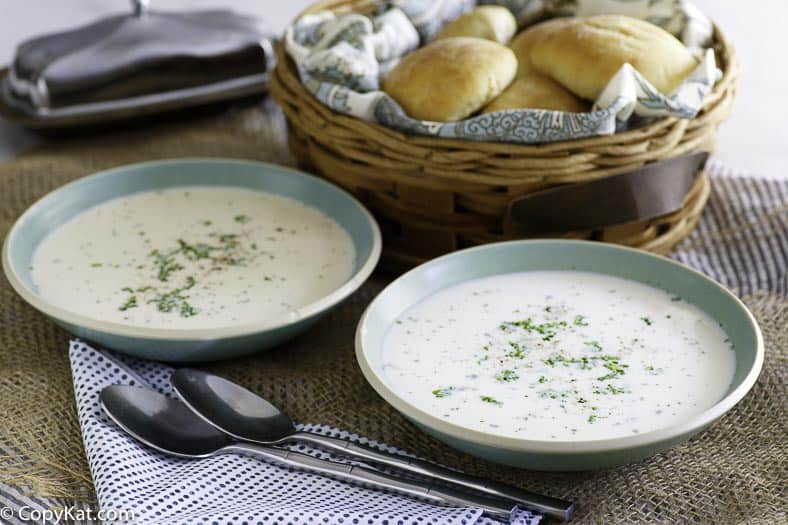 Try some of our reader’s favorite recipes.

What goes with potato soup?  Salad and bread make a complete meal.  Be sure to check out these restaurant soups and restaurants salad recipes. 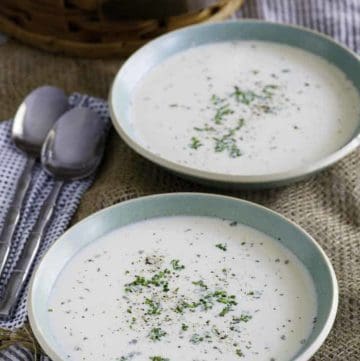 This potato soup is made with evaporated milk and many thanks go to hyjinx for sharing the recipe.