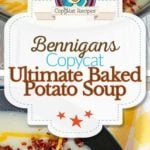 Sadly, many of the Bennigan’s have went out of business. I loved their food for their creativity and the fact that they cooked so much of their food fresh every day from scratch. Bennigan’s ultimate baked potato soup is a delicious creamy soup packed full of potatoes, cheese, and topped with all of the goodies that are served with baked potatoes. 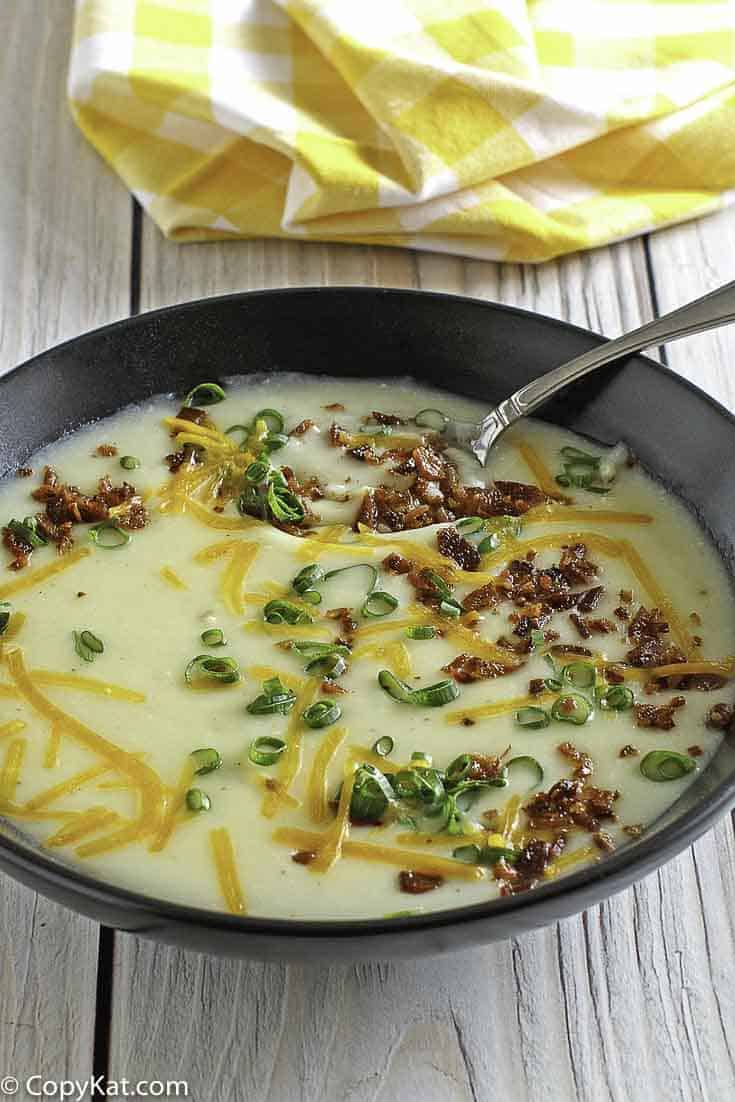 Bennigan’s really knows how to put together a recipe for baked potato soup, this soup is creamy, rich, and hearty.  You really can make an entire meal out of this soup. I personally like to serve this soup with either a sandwich or even a nice crusty piece of bread with lots of butter.

This soup is very easy to make you will need potatoes, butter, milk, onions, and more. You can prepare this recipe in no time flat. 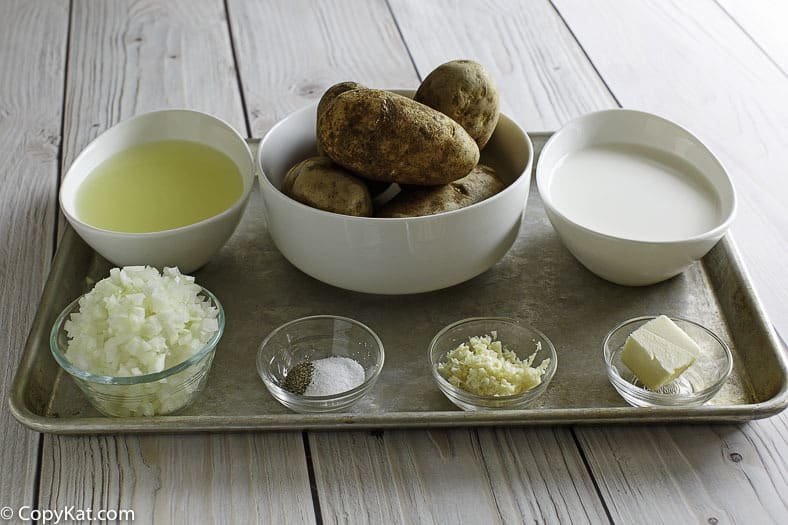 Potatoes are the world’s 4th most important food crop, behind corn, wheat, and rice. It may come to no surprise to you that in Ireland, potatoes are ranked as number 1. The Irish eat about 250 pounds of potatoes per person, per year, compared to Americans, who eat “only” about 140 pounds! The naturally low-fat potato is actually healthy food. It contains enough fiber, nutrients, and carbohydrates to consider it a complete meal all by itself.

Bennigan’s, headquartered in Dallas, Texas, is an Irish-pup themed chain of restaurants, once owned by the Pilsbury Corporation. Although the chain is much smaller than it once was, there are still about 15 restaurants operating in the US today and about 18 international locations. Its unique aim is to “provide guests with the kind of genuine, warm and high-spirited services you’d experience in a neighborhood Emerald Isle pub.” So naturally, they have a potato soup on their menu.

If you’ve ever been to Ireland, then you know that soup is a staple food, as are potatoes. Bennigan’s Ultimate Baked Potato Soup is a hearty bowl of goodness that can warm your bones on a cold or a rainy night.

This soup is creamy and rich even though it is made with milk and not cream. If you are crunched for time, try “baking” your potatoes in the microwave by following the manufacturer’s instructions. Many new microwave ovens now feature a “baked potato” button. My version of Bennigan’s Ultimate Baked Potato Soup can be served as an appetizer to a steak dinner, or as a lunch with a side sandwich or a crusty, buttered piece of baguette.

This recipe was adapted from a Woman’s Day Magazine recipe spotted by fellow viewer Christina. 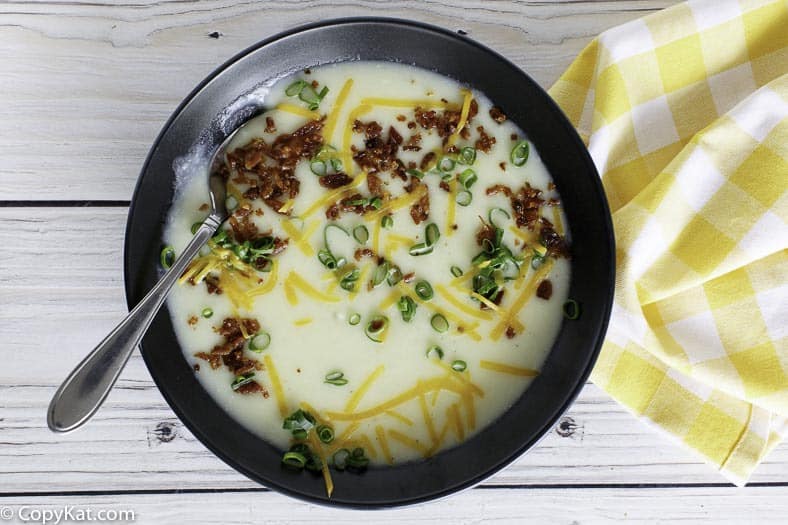 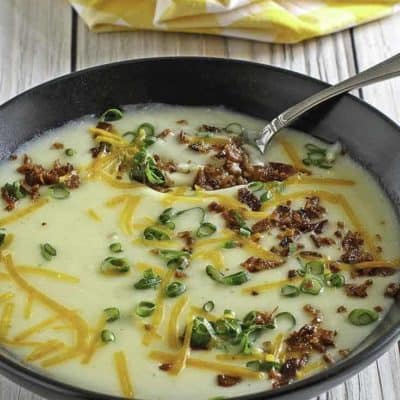 This recipe was adapted from a Woman's Day Magazine recipe spotted by fellow viewer Christina. 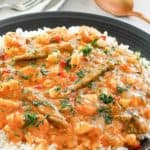