O’Charley’s Baked Potato Soup is a creamy, cheesy soup that can be made easily in your home. It has all of the goodness of a baked potato in a creamy soup. Red Potatoes make this soup extra special. 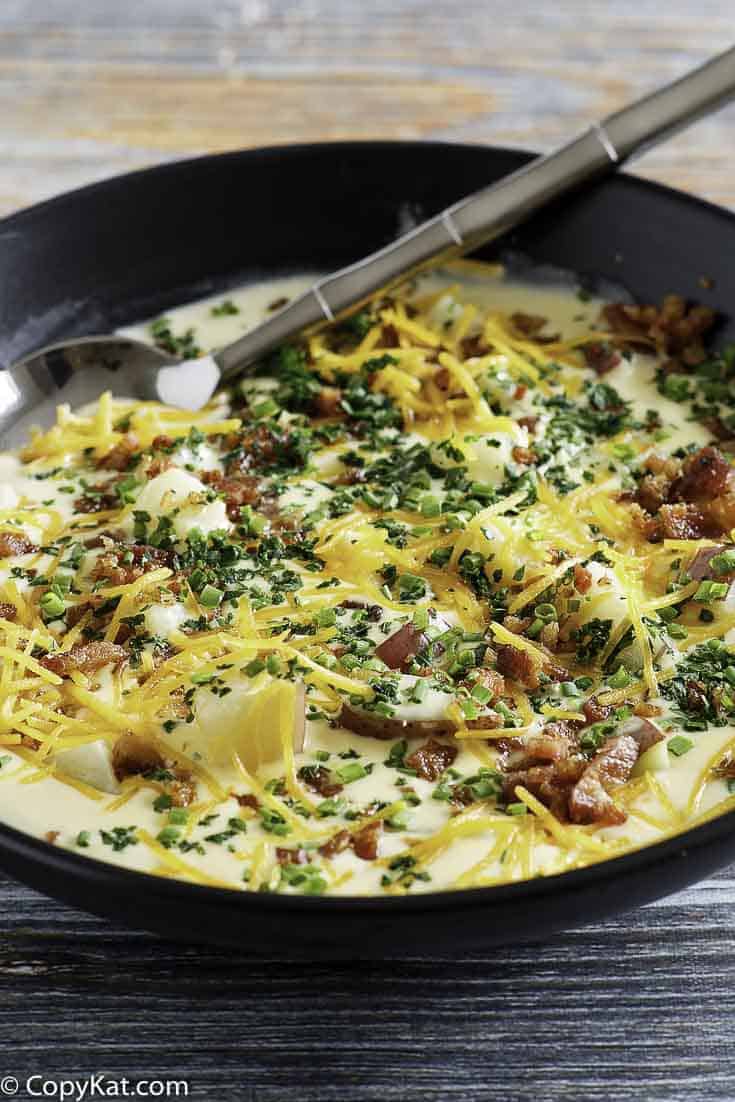 O’Charley’s Baked Potato Soup is a favorite of many people. This is a wonderfully creamy potato soup. This potato soup is different because of the red potatoes. The red potatoes hold up well to the cooking process. You will find that the potatoes stay wonderfully hearty. You won’t want to miss this recipe. 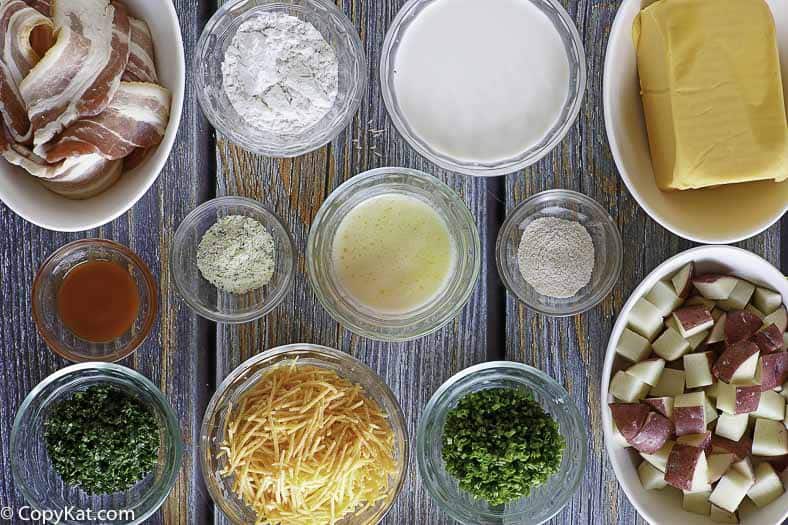 This soup reheats well. I love to put this soup into a small crockpot and to take it to work. While I love to serve this soup in the winter, it works well during the summer too.

Potato Soup is a favorite of mine. This soup is particularly tasty. The red potatoes in this soup make for a nice change. The soup is creamy and filled with cheese. You will want to serve this soup up with some freshly grated cheese, crisp bacon, and some sliced scallions to make it even more like a baked potato. 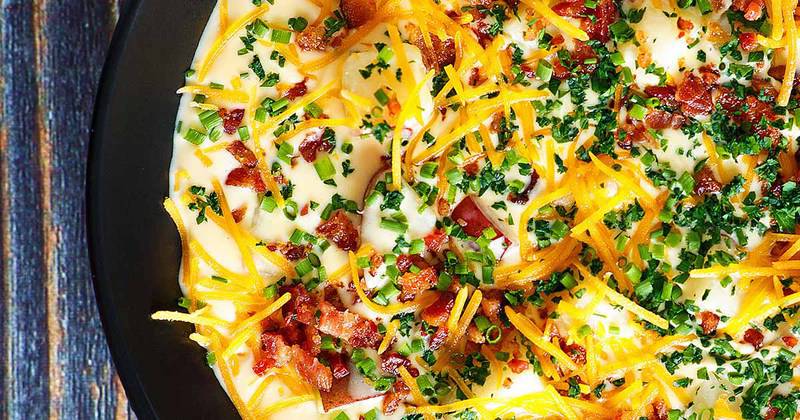 Watch the video to see how easy it is to make O’Charley’s Baked Potato Soup: 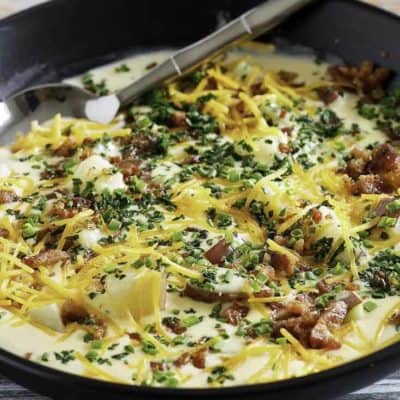 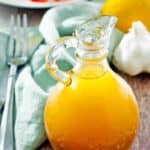