The Hard Rock Cafe Potato Soup is an irresistible creamy potato soup. The Hard Rock Cafe is typically located in resort areas, so if you want a bowl of this soup, chances are you will need to make it from scratch. 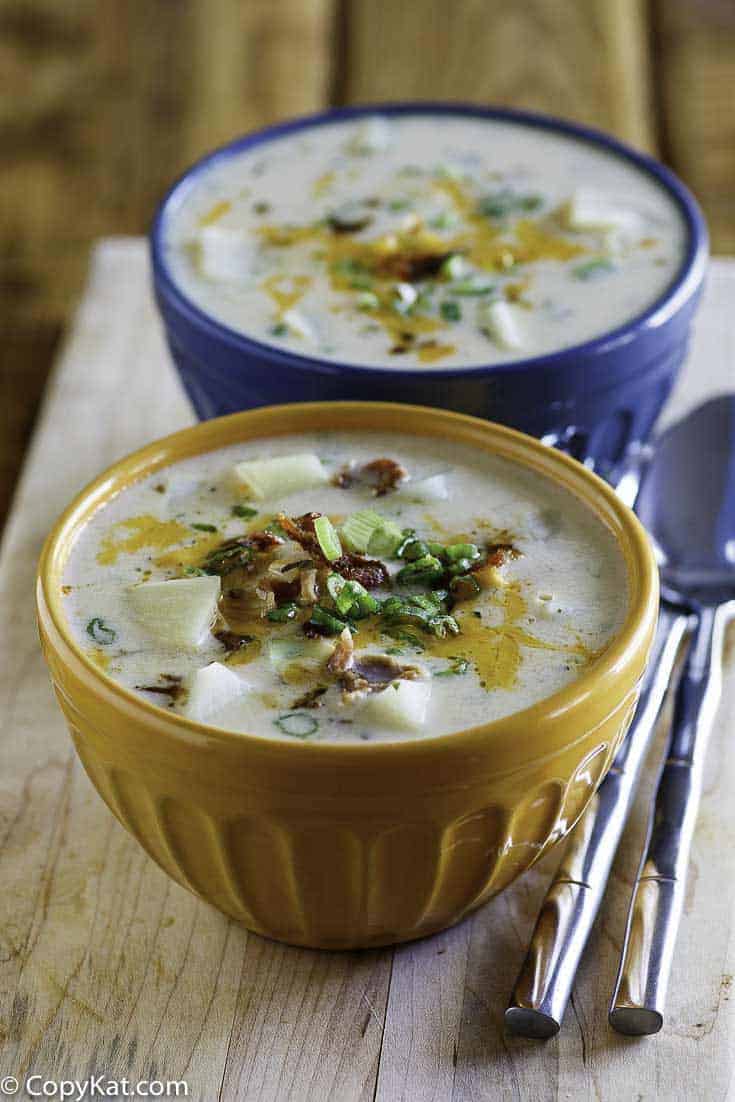 The first Hard Rock Café opened in 1971 in the posh, Mayfair section of London. But it wasn’t until years later that they became known for their rock-and-roll memorabilia. As legend has it, Eric Clapton asked to hang one of his old guitars over his regular table at the restaurant to make it his special spot whenever he visited. When Pete Townshend saw it, he gave one of his old guitars to the restaurant with the note “Mine’s as good as his! Love, Pete.” Today, The Hard Rock Cafe’s collection includes over 80,000 items and is the largest, privately owned library of Rock and Roll memorabilia in the world.

Tabasco sauce was created in Maryland, in 1868 and is still made the same way today. Tobasco peppers are mashed into a paste and set aside to age for up to three years. Then it is strained and mixed with vinegar and aged for another month before it is ready for distribution. There is even a reserve edition, which has been aged for 8 years. The company is one of only a handful of US companies to receive a Warrant Royal from Queen Elizabeth II. They are official “Supplier of Tabasco Sauce to HM The Queen.”

When making this soup, follow these tips to ensure yours is as good as Hard Rock’s.
Bake the potatoes the night before to cut down on preparation time. You can also use equal amounts of leftover mashed potatoes.

If you worry about the cheese clumping, toss your grated cheese with 1 tablespoon of flour or cornstarch before adding it to your pot. This will keep it from sticking together. 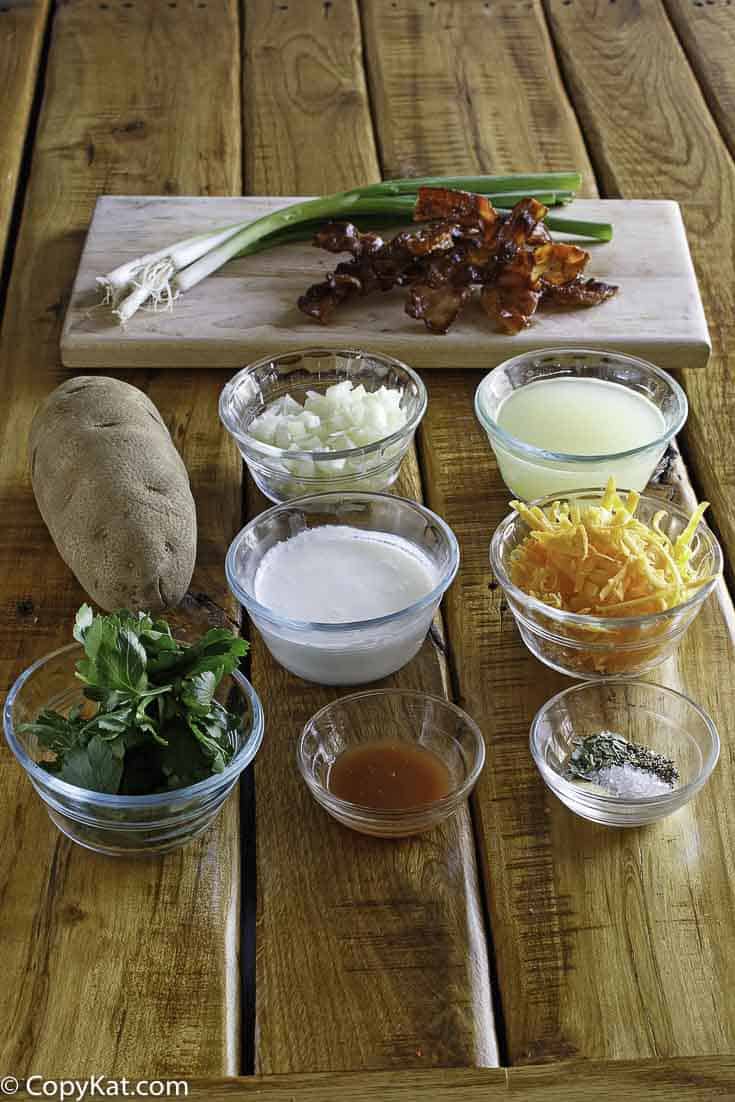 You can also try removing your soup from the stovetop before adding the grated cheese and green onions. The soup should be hot when you add the cheese, but not boiling as the high temperature will encourage the cheese to clump. 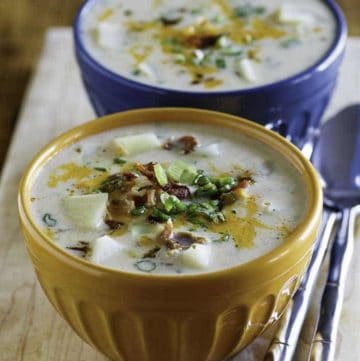