You can make this California Pizza Kitchen Pumpkin Cheesecake copycat recipe anytime, That’s good since this recipe is seasonal and it isn’t on their menu all year long. 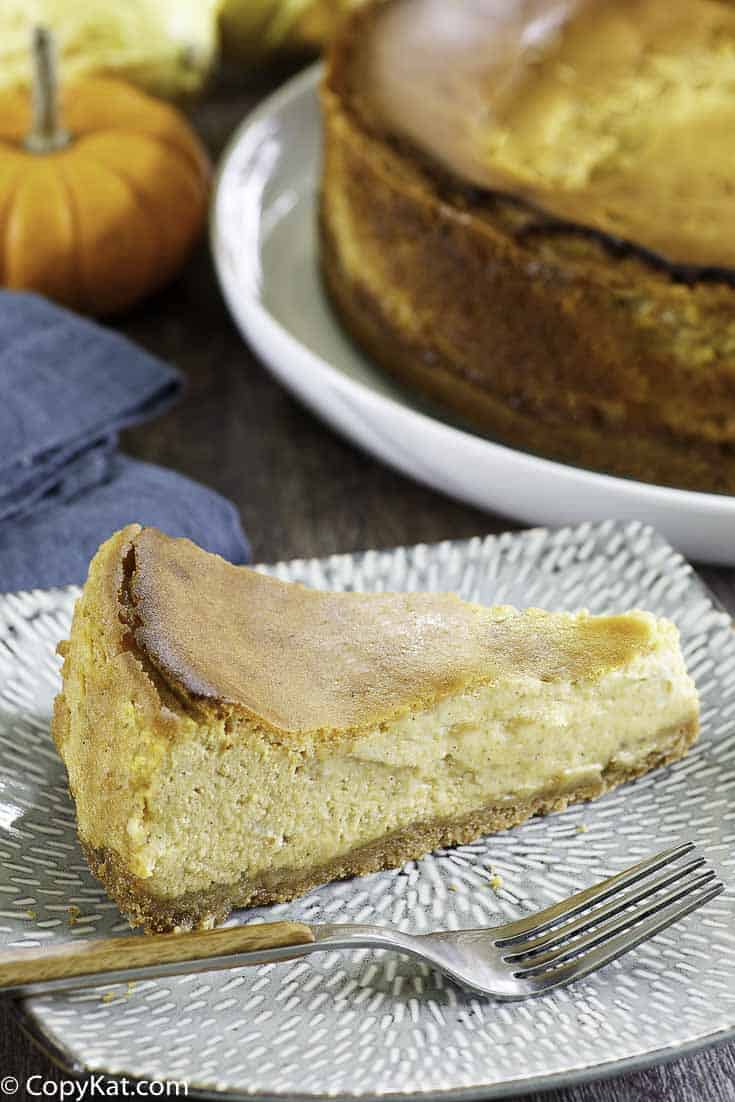 Here is a copykat recipe that is just as good as the original. California Pizza Kitchen Pumpkin Cheesecake is a deliciously moist cheesecake recipe from the popular restaurant chain. Now there’s no need to go out to dinner in order to enjoy this delightful dessert. This recipe is good to the last bite.

At California Pizza, this cheesecake is seasonal, and it isn’t on their menu all year long. This California Pizza Kitchen Pumpkin Cheesecake makes sixteen servings and is a great dessert for family holiday dinners and special fall occasions. However, you can make this copykat pumpkin cheesecake recipe anytime you feel like a taste of pumpkin.

You might think that cheesecakes might be for more adventurous cooks, but don’t let that stop you. Cheesecakes are easier to make than you might think. This copykat cheesecake recipe includes an enticing mix of spices – cardamom, cinnamon, cloves, ginger, and nutmeg. All these spices make this the best pumpkin cheesecake you will ever taste. I’m sure you’ll agree that it’s a little different (and more delicious) than most pumpkin cheesecakes that you may have eaten before. 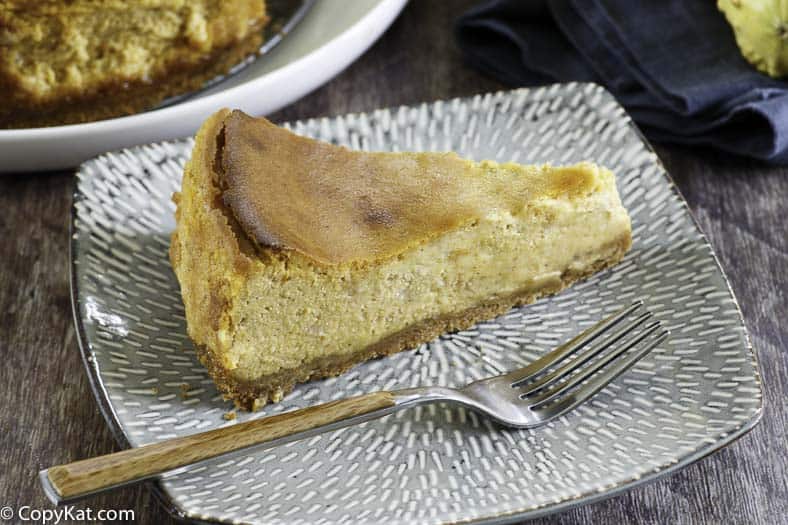 How to Tell When a Cheesecake is Done

There’s just nothing like creamy homemade cheesecake. But you may be wondering how to check if it is done. The secret is in the jiggle. To check if your cheesecake is done, give it a gentle shake. If the cheesecake looks almost set and only a small circle in the middle jiggles slightly, it is done. The center will become firm as the cheesecake cools. Do not be tempted to use a knife to check doneness as this may create a crack in the top. Cheesecakes made with sour cream should jiggle a little more and will have a larger soft spot in the center. The jiggle in the middle is the real key. Here’s a video to demonstrate.

To Make the Crust

CopyKat.com is the creation of Stephanie Manley. Stephanie started publishing recipes on the web in 1995 as a means to capture her family recipes in a format that they would not be thrown away. Over the years she has developed many recipes that taste just like restaurant recipes. END_OF_DOCUMENT_TOKEN_TO_BE_REPLACED