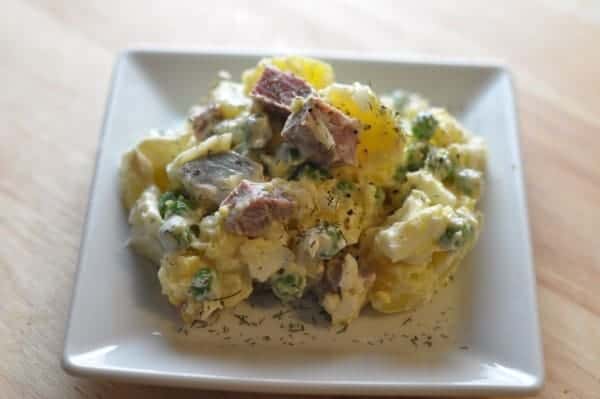 Salat Olivier also was known as Salade Russe, wasn’t made by a Russian at all, the recipe was invented by French Chef M. Olivier. This recipe was served to the Russian nobility around 1860. Everyone wanted his recipe, but he wouldn’t share it. The recipe has evolved over the years to be potatoes, eggs, the meat of one variety or another, onions, peas, carrots, and some sour pickles. I had this so many times at Michael’s house, and at many Russian style dinners.  If it wouldn’t have been for my fiancée I would have never heard of it either. He was born in Russia and came over to the United States when he was around 10 years old. He taught me a great deal about Russian food. This type of potato salad has become my favorite, and I hope you enjoy Salade Olivier Masterov style. 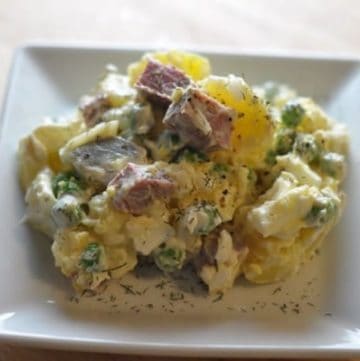