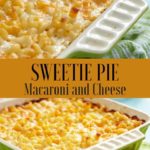 Sweetie Pie’s Mac and cheese is a creamy, cheesy, delicious macaroni and cheese from a famous St. Louis soul food eatery! It is hard to turn down a backed and mac cheese recipe like this one. Try it and you’ll see what I mean.

Here’s a creamy, cheesy, delicious mac and cheese from a famous St. Louis soul food eatery. People who have eaten this mac and cheese at Sweetie Pie’s say it’s the best they’ve ever had.

Not everyone can get to Sweetie Pie’s, but now you can make their mac and cheese at home!

The owner of Sweetie Pie’s is Robbie Montgomery (known to everyone as Miss Robbie). As the oldest of nine children, she learned to prepare dozens of her mother’s classic soul food dishes. One of the dishes they are most down for is their baked mac n cheese.

Robbie led a very wonderful life as a talented vocalist and was a backup singer (an Ikette) for Ike and Tina Turner. While on the road, she often prepared meals for the band on hot plates in hotel rooms. She subsequently toured with other famous musicians.

When she eventually returned to St. Louis, the drive to open a restaurant was overpowering, and Sweetie Pie’s was born. Sweetie Pie’s has become a St. Louis landmark and a must-visit for anyone looking for delicious comfort food and great service. You can read more about Miss Robbie’s inspiring life.

Mac and cheese is so familiar, you’ve probably never even though it has a history. As far as the United States is concerned, Thomas Jefferson met up with macaroni in Paris. In 1793, he asked the American ambassador to Paris to buy a machine for making it.

However, the device apparently didn’t work out or Jefferson just found it easier to import both macaroni and Parmesan cheese for making dishes at Monticello.

In 1802, Jefferson served “a pie called macaroni” for a state dinner. Since that time, baked mac and cheese has remained a popular dish. You can read a lot more about the history of mac and cheese.

This copycat recipe is not Sweetie Pie’s original, but it’s pretty close. Your family will love it and it’s perfect to take to a potluck. Everyone will keep asking you how to make it.

Sweetie Pie’s Mac and cheese is a creamy, cheesy, delicious macaroni and cheese from a famous St. Louis soul food eatery! It is hard to turn down a backed and mac cheese recipe like this one. Try it and you’ll see what I mean.

How to Make Sweetie Pie’s Macaroni and Cheese

Store any leftover mac and cheese in an airtight container in the refrigerator for up to five days.

You may freeze leftover portions in an airtight container or a freezer bag for up to three months.

How to reheat Southern baked mac and cheese with evaporated milk

Small single-sized portions can be reheated in the microwave. If you have a larger portion to reheat, I recommended placing the portion of pasta in a covered dish and reheating at 350 degrees between 10 and 15 minutes.

Can I use pre-shredded cheese for this recipe or should the cheese be freshly grated?

For when it is important for the cheese to melt I prefer to use freshly grated cheese. Pre shredded cheese has an anti-caking agent in it, and it won’t melt as well as cheese as you shred.

Is mac and cheese baked covered or uncovered?

In this recipe the pasta dish is not covered, we want that browned topping, and if you cover the dish, the cheese won’t brown.

How do you keep mac and cheese creamy?

This recipe uses evaporated milk to keep the mac and cheese sauce creamy. We don’t thicken this sauce with flour, so that helps to keep this creamy.

Can baked mac and cheese be made ahead of time?

I recommend preparing the dish as if you were going to bake it, you could then wrap it in plastic wrap and then bake for up to 24 hours later for best results.

Looking for more mac and cheese recipes? Try these!

Be sure to check out more of my easy side dish recipes and the best restaurant copycat recipes here on CopyKat.com! 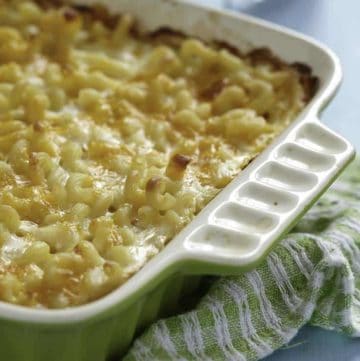 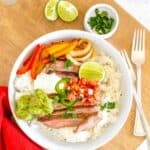 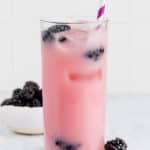 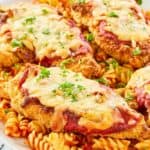 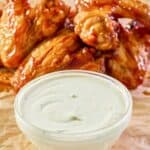