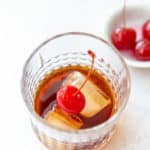 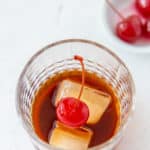 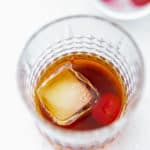 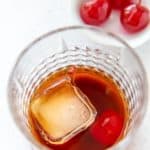 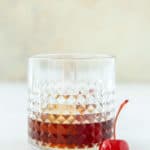 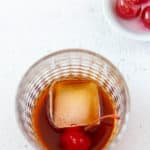 Black Russian is a classic cocktail with vodka and Kahlua coffee liqueur. This rich and delicious drink is simple to make at home.

The Black Russian cocktail is one of the more popular and simple drinks to make. You can make this tasty signature drink at home with just a few ingredients!

The Backstory to the Black Russian Drink

While every drink gets its name from somewhere, the Black Russian, a delicious Kahlua drink, got its name in the 1940s from a hotel bartender.

The Black Russian was created by a bartender in the Hotel Metropole in Brussels named Gustave Tops. He created the drink for the American ambassador to Luxembourg, named Perle Mesta.

She was known to frequent the Brussels Hotel often, and quite the socialite, so making the Black Rusian was a way for Gustave to applaud the United States ambassador on her fantastic parties.

This signature drink was created right around the time of the Cold War, so a dark cold drink is more than appropriate for the time period.

While the Black Russian does not have any ties to a Russian origin, it got its name due to vodka being of the main ingredients. Also, Kaluha is also black just like coffee, hence the name Black Russian.

How to Make a Black Russian Cocktail

Making a Black Russian is extremely simple. You probably have all you need at home to make this easy yet tasty beverage.

To make a Black Russian, you are going to need to get your favorite vodka and a bottle of Kahlua.

You are going to mix 2 parts vodka and 1 part Kahlua in a small glass with ice and stir it together allowing the ice to chill the liquid that will then be poured over the rocks in a fresh glass.

If you want a sweeter drink, either add more of the Kahlua coffee liqueur or lessen the amount of vodka you use.

Key Ingredients in the Black Russian

When making a Black Russian drink you only need vodka, Kahlua, and ice for the ingredients.

Vodkas can vary in flavor based on the type of fermentation material that is used in producing vodka. Five of the most common kinds are wheat, rye, potato, corn, and barley. They all produce something with slightly different flavor profiles, from sweet to spicy, to creamy or oily.

All producers of vodka must distill their alcohol. Distilling the vodka multiple times will produce higher quality alcohol. So when you are choosing vodka take this into consideration.

Another thing to look at is a vodkas water content. The amount of water in vodka determines the strength of the vodka. When vodka contains more water, it is considered to be an inferior product to those of lower water content.

For every 1.5 oz of Kahlua you consume you are getting about 5mg of caffeine. So, not a lot considering a normal cup of coffee has about 200mg of caffeine. But, any caffeine is better than none!

While vodka has a high alcohol content, Kahlua is on the lower end with 20% alcohol content per bottle. But, this is about the same as most liquors. It makes it the perfect ingredient to pair with vodka to make a less overpowering, and sweet drink.

Kahlua is a sweet liquor that is gluten-free, allergen, and lactose-free. It does not contain any nuts, so you can avoid allergic reactions while drinking the Black Russian since vodka is generally known to be gluten-free as well!

How to Make a Black Russian

Check out more of my easy cocktail recipes and the best drink recipes here on CopyKat! 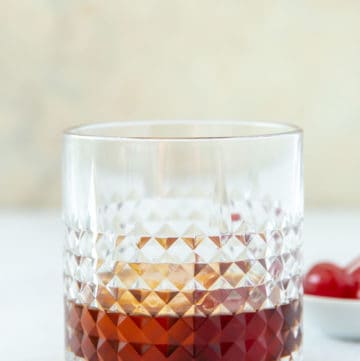