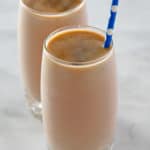 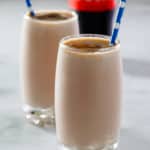 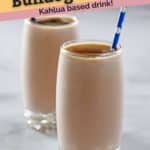 The Colorado Bulldog drink is a wonderfully flavored cocktail. It is a white Russian with a little something extra. If you like Kahlua you will enjoy this one!

The Colorado Bulldog is a White Russian with a fizzy twist! A White Russian cocktail is made up of equal parts of vodka, Kahlua, and cream.

You would never guess it, but Coca Cola is the ingredient that makes this drink special.

This Colorado Bulldog recipe is a copycat version of the cocktail served at Slick Willie’s Family Pool Hall.

The source of a Colorado Bulldog cocktail is a mystery. Some people think it was originated in Russia.

How to Make a Colorado Bulldog

What does Coca Cola do for a Colorado Bulldog?

Adding a small splash of Coca Cola gives the Colorado Bulldog drink a bit of fizz. In effect, it ramps up a White Russian.

The fizz turns what was often served as an after-dinner drink into a cocktail that is very accessible anytime you want to enjoy one.

The splash of soda also gives this drink a special taste. You would never guess the secret is Coca Cola.

Go to any bar and you’ll find a bottle of Kahlua. This is because it’s one of the world’s most popular coffee liqueurs. But, very few people know that Kahlua, a key ingredient in a White Russian cocktail, actually originates from Mexico.

If you have never tried the Colorado Bulldog drink you are missing out on a White Russian variation. A Colorado Bulldog adds a splash of coke to this drink. The addition of Coca Cola pulls the entire drink together.

Be sure to check out more of my easy cocktail recipes and the best copycat drink recipes here on CopyKat.com! 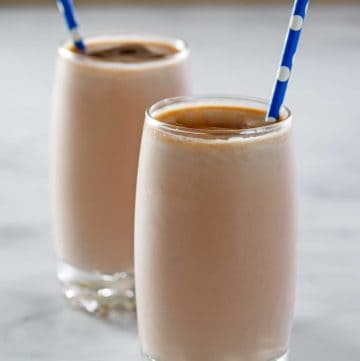