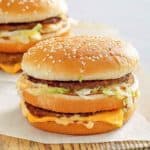 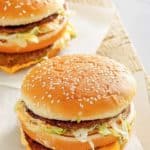 If you’ve ever been to McDonald’s, you have tried a McDonald’s Big Mac.  Now you can create your own homemade Big Mac recipe!  The Big Mac ingredients include two hamburger patties, American cheese, “special sauce” (a variant of Thousand Island dressing), iceberg lettuce, pickles, and onions, served in a three-part sesame seed bun. 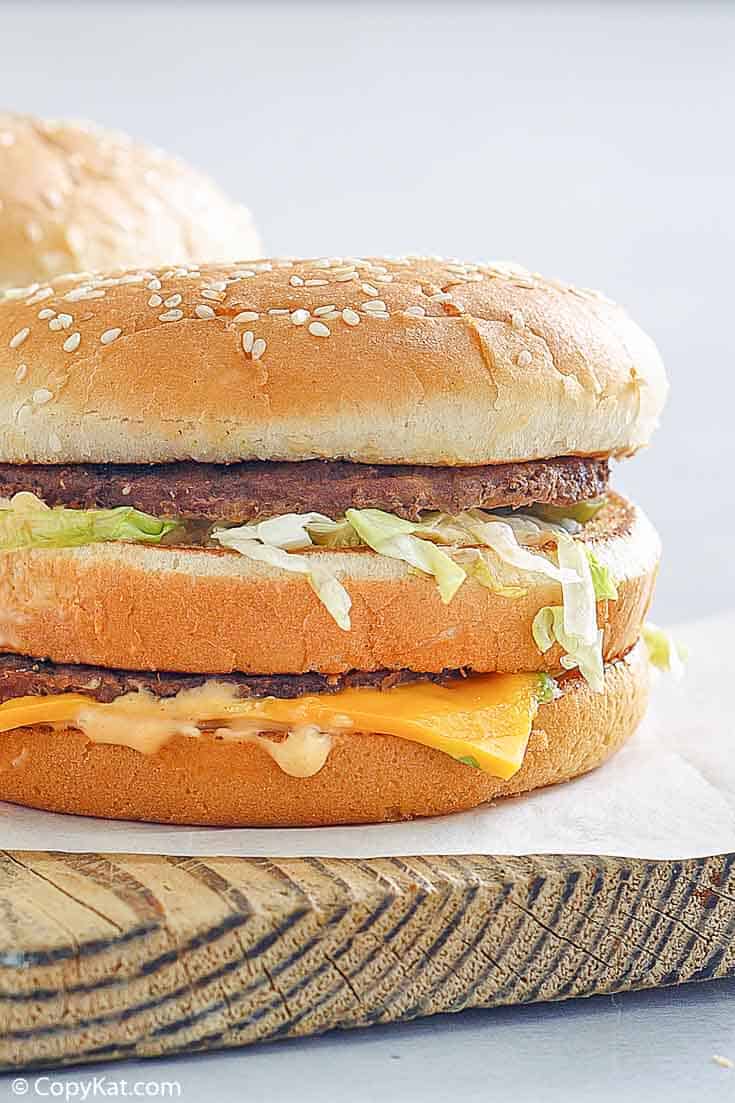 History of the Big Mac

This famous hamburger was created by Jim Delligatti who owned several McDonald’s franchises in the Pittsburgh area.  Although not all Big Macs are made exactly the same, this burger is sold all around the world.

The one we have come to know and love became popular in 1974 with this jingle, “Two all-beef patties, special sauce, lettuce, cheese, pickles, onions – on a sesame seed bun.”  This marketing campaign will not let us forget all of the Big Mac ingredients.

What is special about the Special Sauce?

The special sauce is really just a form of thousand island dressing. It isn’t made in McDonald’s stores anymore. It now comes in an airtight container that gets squirted out like you would a chaulking gun. But you can make it yourself! My personal version of their “special sauce” is a fairly close approximation of the sauce.  We really love it and you will too. 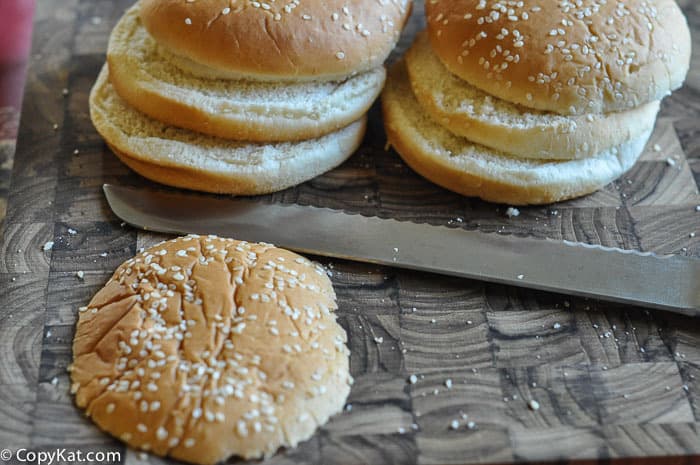 What You Need for a Homemade Big Mac

You might wonder why you would want to create your own homemade Big Mac instead of going through the drive-thru? I personally think this tastes better.  If you are concerned about preservatives that can be found in fast food. making everything from scratch like the homemade hamburger buns and homemade mayonnaise, you know exactly what you are eating.

Here’s what else you need: 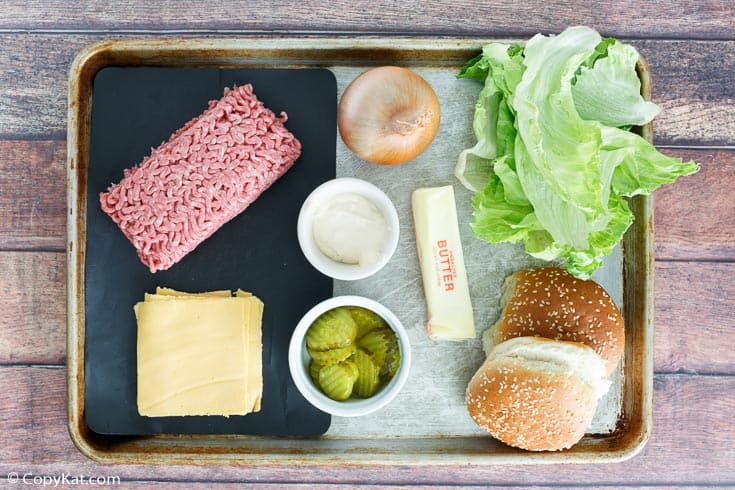 You will first season the hamburger meat with salt and pepper.  Shape into 10 thin patties.  Grill the patties to your liking.

Spread butter on cut sides of the buns and add to grill until it browns slightly.  Make sure the middle bun toasts on each side.

Add the secret sauce, lettuce, cheese, onions and one patty to the bottom bun. Top it off with the middle bun.

Then add the sauce. lettuce, pickles, onion and another patty to the middle bun. Top with the top bun and you are all set. 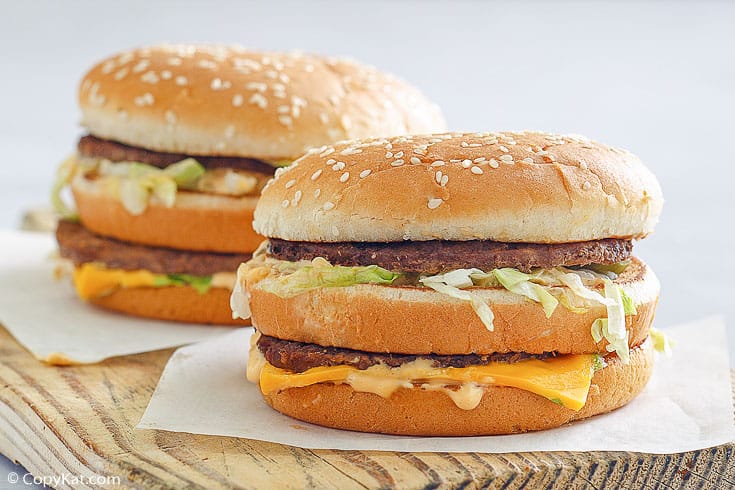 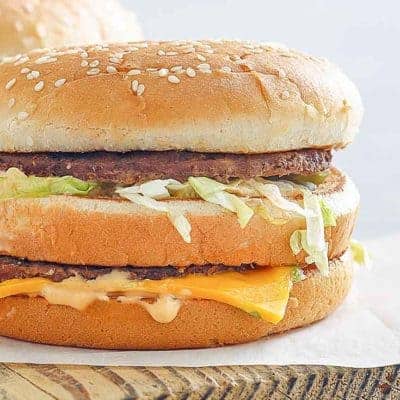 How to Make Big Mac Buns

As you know, Big Mac's have three layers of buns.  It's so easy to make your own version.  I use a package of hamburger buns but we are going to use some of the buns as the middle. So if you use a package of 8 hamburger buns you can make about five homemade Big Macs.  Cut the top off of the top bun to make it even, then use the bottom half as the middle portion of the Big Mac. 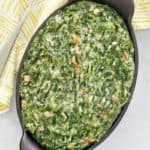 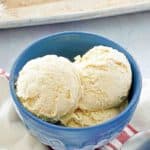