This recipe was sent in by a fellow viewer.  The recipe was her Father’s. It’s great for sipping around a campfire on a cold night!  I especially like this recipe because the mix is delicious and honestly better than I have purchased.  It makes about two pints, and you will have enough for yourself, and to give to a special friend. 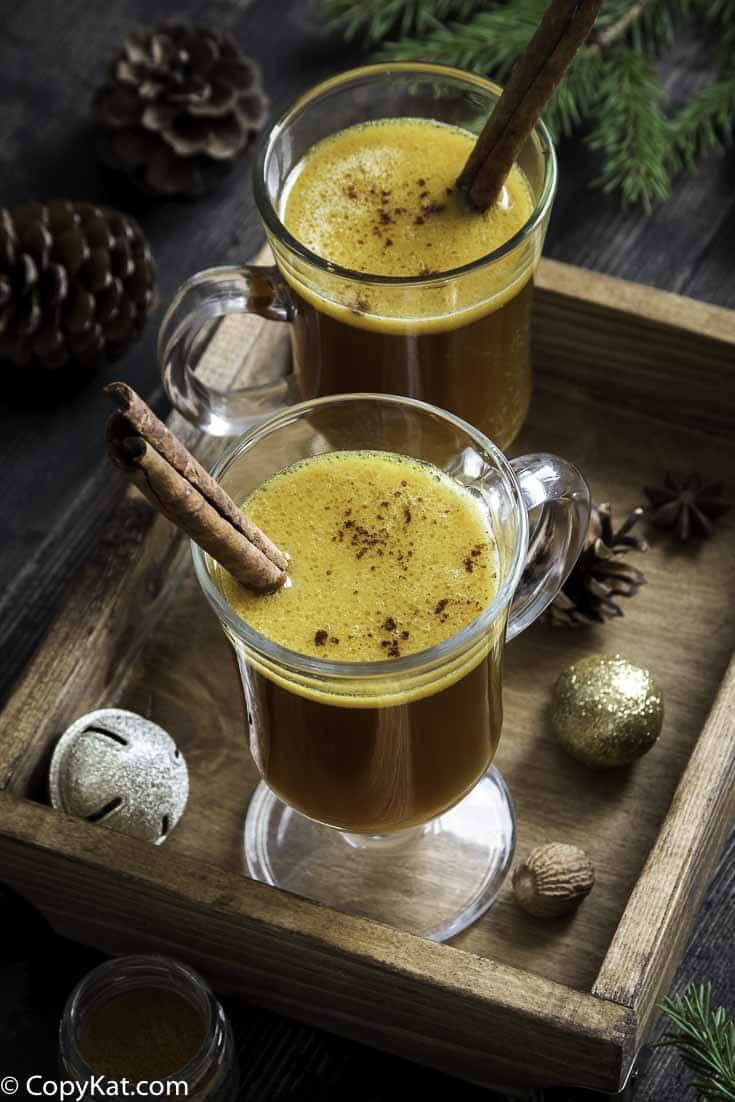 My thanks to Mari who sent in this recipe. She told me it was her father’s. It’s a treat that’s especially great for sipping around a campfire on a cold night. And, it’s perfect to provide Holiday cheer. I love this recipe because the mix is delicious and honestly better than any I have purchased. It makes about two pints, so you will have enough for yourself and to share with that special friend around the fireplace.

Rum is a tropical alcoholic drink made from molasses and other byproducts of sugarcane. Although not everyone has a taste for rum, there is something supremely irresistible about the word “rum” when it’s appended to the words “hot” and “buttered.” What do you immediately think of? How about the jingle of sleigh bells, cold snowy nights, blazing hot fires, and sugar-dusted cookies piled high on a plate?

Hot buttered rum, also called a hot toddy, comes with a long history attached. The drink originated in Europe where hot, spiced alcoholic beverages have for centuries been used to fortify people against bitterly cold winters. After the British Royal Navy arrived in Jamaica in 1655, rum began to replace brandy as the daily alcohol ration for sailors.

Rum in the American Colonies

The US colonists started importing rum and soon progressed to setting up distilleries in the Northeast to make their own rum from cheap imported molasses. American-made rum gradually found its way into traditional beverages like the toddy which was concocted from rum, honey or sugar, and spices. And, in the case of hot buttered rum, this mix was enriched with a pat of golden butter.

Not Everyone Approved of Adding Butter

Hot buttered rum may sound inviting, but the drink did have its detractors, according to Wayne Curtis, who wrote And a Bottle of Rum: A History of the New World in Ten Cocktails. Curtis quotes David Embury, author of The Fine Art of Mixing Drinks, a classic cocktail book that was published in 1948, as follows:


“The lump of butter is the final insult. It blends with the hot rum just about as satisfactorily as warm olive oil blends with champagne!”

Although no one would think of adding olive oil to champagne, Curtis maintained that when done properly, hot buttered rum is the absolute “comfort food in a mug.” The key, he said is to make a thick batter consisting of softened butter, brown and white sugar, spices and ( ta-da!) softened vanilla ice cream. This batter is placed in a mug along with the rum and boiling water is stirred in. According to Curtis, the ice cream prevents the “odious slick” of grease from forming on the drink’s surface.

Looking for more drinks to warm up with? Try these 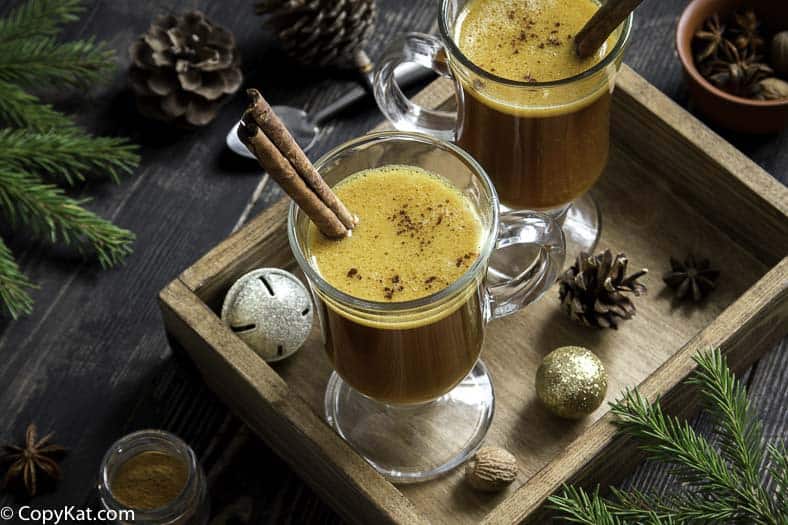 My recipe does not include ice cream and is very easy to make. Hot buttered rum is the perfect way to warm up on a cold winter’s evening. To be extra fancy, you may want to put a cinnamon stick in each cup. And, why not make a big batch? The mix will last indefinitely in your freezer. Or as Curtis put it, your mix should be “prepared at first frost and finished before the robins arrive.”

Thanks to Mari for sharing this recipe. 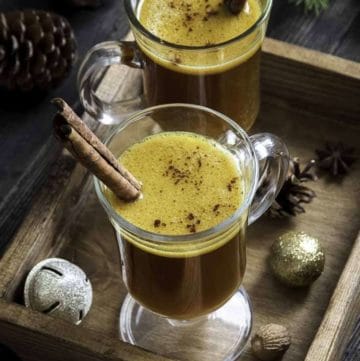 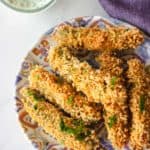