TGI Friday’s is known for its wonderful drinks. TGI Friday’s Sex on the Beach is one of their most popular cocktails. This drink is fruity and very refreshing. Try our version of this recipe.

TGI Friday’s is known for its wonderful drinks, and their Sex on the Beach mixed drink is one of their most popular cocktails. Apart from its name, people are attracted to this drink because it is fruity and very refreshing (just like sex!).

One of the best things about making cocktails at home is that they are much less expensive to make than to purchase in bars. And, best of all, there is no driving involved so you can have more than one!

How Did the Sex on the Beach Mixed Drink Get its Name?

Sex on the Beach got its start in Florida. The story goes that the cocktail was invented by a bartender called Ted who worked at Confetti’s Bar. He was inspired by a campaign to sell the most peach schnapps, so he came up with a cocktail featuring it.

Ted called it Sex on the Beach because he thought that sex and the beach were the two main attractions for spring breakers – big bar clientele in Florida.

Midori is the vivid green liqueur that catches your eye behind the bar. It’s a beautiful color to look at and also beautiful inside the bottle because of its luscious sweet melon taste. The word Midori means green in Japanese. Midori is actually made from two types of melons:

The Chambord brand was founded in 1982, but the inspiration came from a raspberry liqueur made in the Loire Valley in the late 1600s. History says that the drink delighted Louis XIV during one of his visits to the Château de Chambord.

Chambord is still produced in the Loire Valley and is made from black and red raspberries, Moroccan citrus peel, Madagascar vanilla, honey, and cognac.

here’s a list of more cocktail recipes for your home bar. 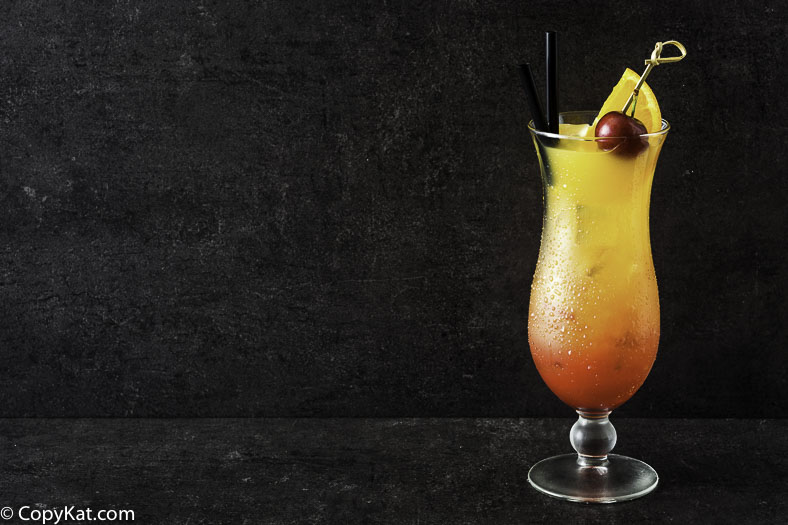 TGI Friday’s Sex on the Beach

If you like easy-to-drink, fruity cocktails, this Sex on the Beach recipe should be your go-to. This drink is perfect for anyone with a sweet tooth and you can easily make this famous drink at home.
5 from 1 vote
Print Pin Add to Collection Go to Collections
Course: Drinks
Cuisine: American
Keyword: Cocktail, Sex on the Beach, TGI Friday's Recipes
Prep Time: 10 minutes
Cook Time: 10 minutes
Total Time: 20 minutes
Servings: 1
Calories: 215kcal
Author: Stephanie Manley

CopyKat.com is the creation of Stephanie Manley. Stephanie started publishing recipes on the web in 1995 as a means to capture her family recipes in a format that they would not be thrown away. Over the years she has developed many recipes that taste just like restaurant recipes. END_OF_DOCUMENT_TOKEN_TO_BE_REPLACED