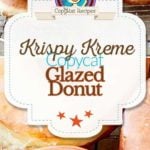 Have you pulled your car off the road when you saw the Krispy Kreme Hot Donut sign? I have. Thanks to Jenny Field, I can share with you her recipe for copycat Krispy Kreme Glazed Donuts. 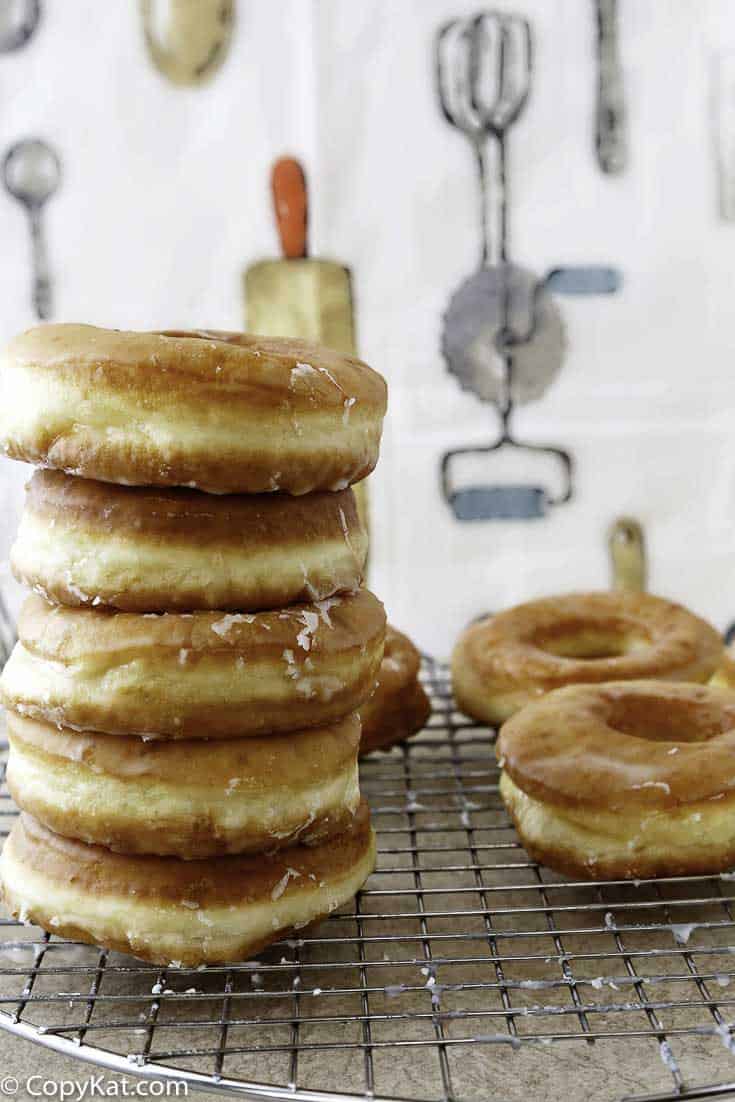 As a girl born and raised only about an hour and a half from the Krispy Kreme headquarters in Winston-Salem, North Carolina, I have been eating “Hot Doughnuts Now” since I can remember. For me, there is nothing quite like the smoosh when you bite into a fresh Krispy Kreme Glazed Doughnut.

The way the glaze is almost invisible until you bite into it and it shatters into thin flakes of sweetness? Now that is the stuff of dreams. 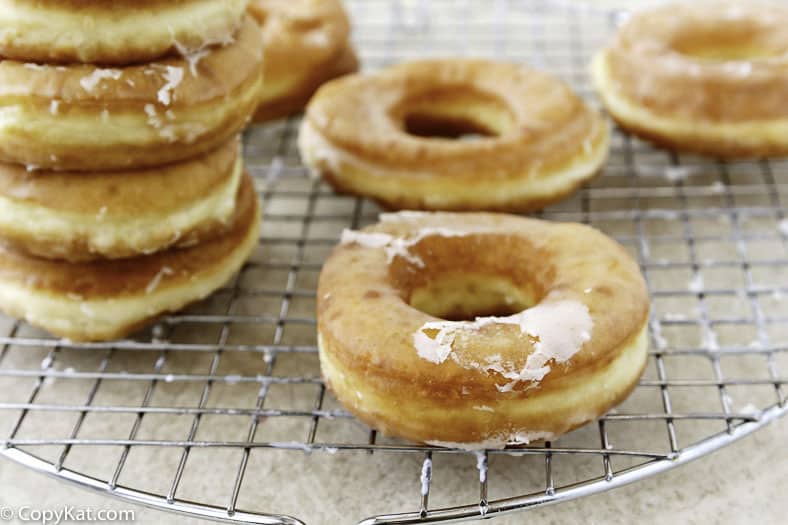 I made a couple of different versions of this recipe before settling on the following recipe. The all-purpose flour gives just the right balance of tenderness and chewiness.

As usual, I patterned this recipe on the ingredient list from the Krispy Kreme website. The doughnuts don’t contain butter, so I used oil to stay as true to the original as possible. I won’t tell, though, if you decide to use some melted butter for some or all of the oil called for in the recipe. 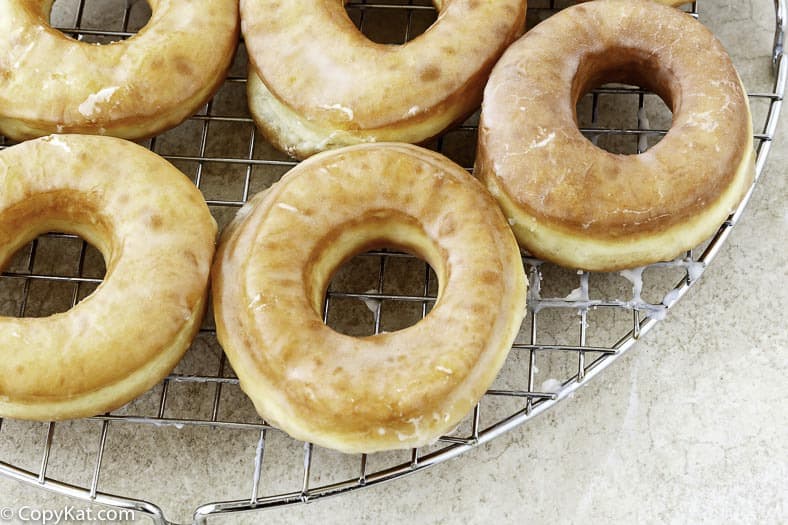 The measurements are pretty precise, so I urge you to buy and use a kitchen scale. I have also provided approximate cup measurements, although they will not yield truly consistent results. You will need a stand mixer to make this dough as it is very soft and sticky and requires a long kneading time.

Want to round your breakfast? Be sure to try these recipes:
Krispy Kreme Glazed Raspberry Doughnuts
Starbucks Vanilla Bean Frappuccino 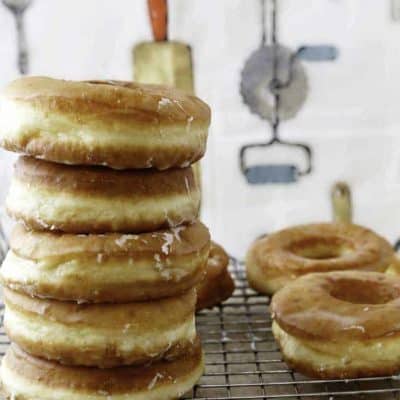 CopyKat.com is the creation of Stephanie Manley. Stephanie started publishing recipes on the web in 1995 as a means to capture her family recipes in a format that they would not be thrown away. Over the years she has developed many recipes that taste just like restaurant recipes. END_OF_DOCUMENT_TOKEN_TO_BE_REPLACED