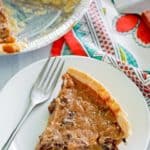 Who can resist a pie with a creamy custard filling that is filled with raisins? Sour Cream Raisin Pie is an old-fashioned dessert you simply must try! 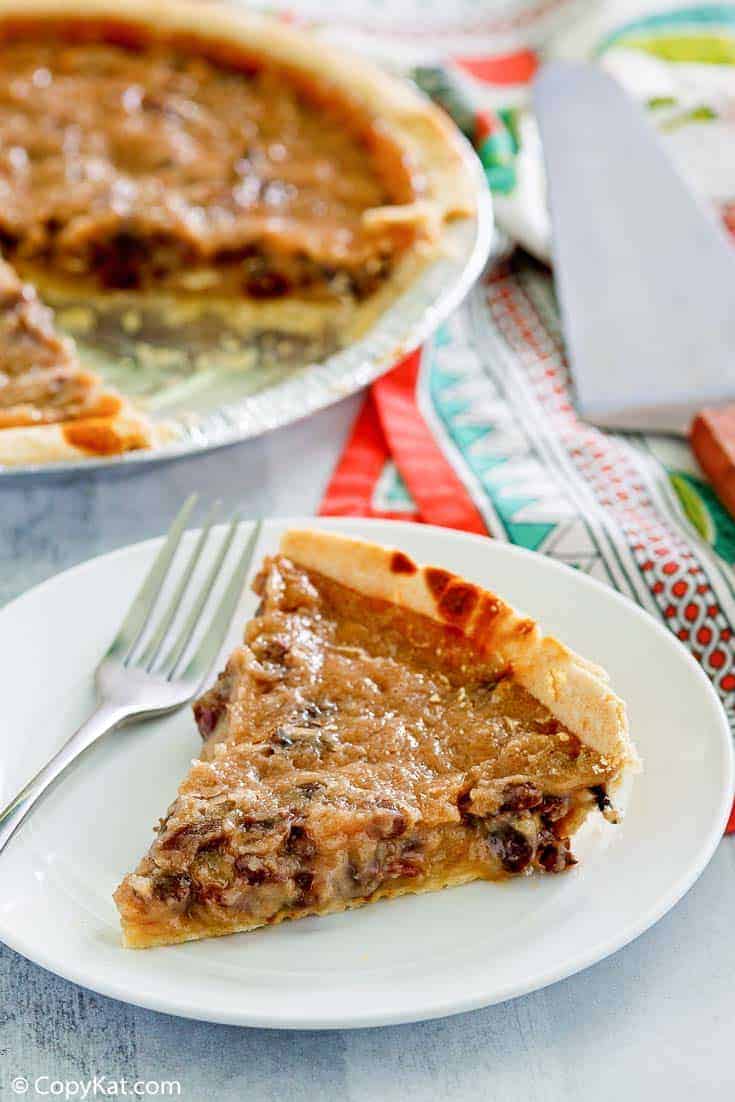 Flip through Grandma’s old box of recipes if you are lucky enough to have it, and you will probably come across a handwritten recipe for Sour Cream Raisin Pie on a creased and stained yellowing index card. Home cooks have been baking raisin pies of one sort or another for generations, and for good reasons — raisin cream pies are so simple to make, inexpensive, and there’s a good chance you already have all the ingredients in your cupboard!

This version of Sour Cream Raisin Pie comes from my grandmother, Ethel Eynard’s time-test recipe collection, and I remember eating it whenever I visited her home on special occasions. Whether you want to reminisce by recreating a favorite from your past, or just want to try something new, give this raisin pie recipe a try.

You have eaten thousands of regular black raisins, and you probably have tried golden raisins at some point, but did you know that there are dozens of different varieties of raisins? All raisins come from grapes, but that is where their similarities end. Each type of raisin offers a distinctly different taste. Why not experiment with using some different varieties in this raisin pie recipe?

The most common type of black raisins come from green Thomas Seedless grapes! The color of raisins does not coincide with the color of grape’s skin but from the temperature and drying time and method used during preparation. Other popular raisin varieties you may want to try using in this raisin pie recipe include:

How to Make, Serve, and Store a Sour Cream Raisin Pie

Here is what you need to make the pie: 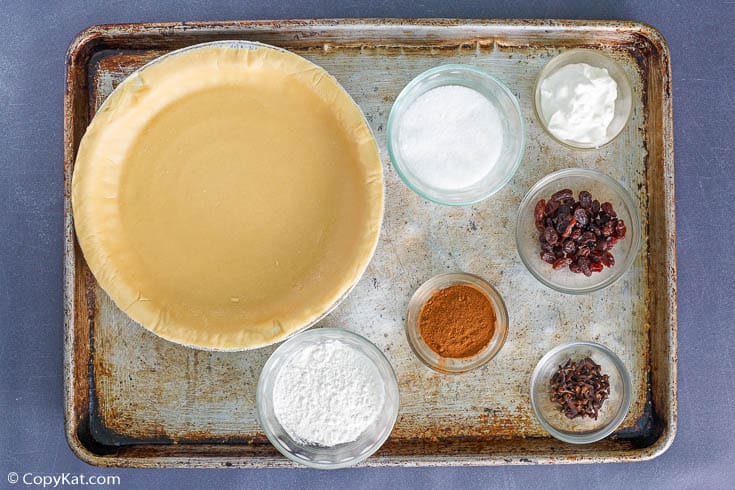 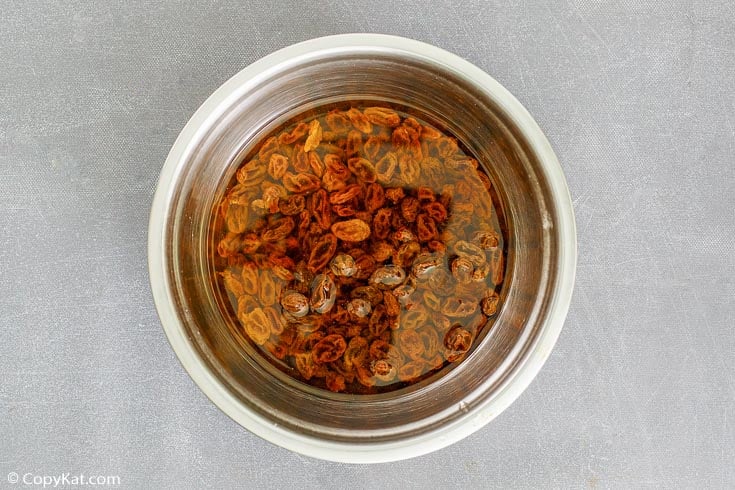 Meanwhile, combine all other ingredients well. 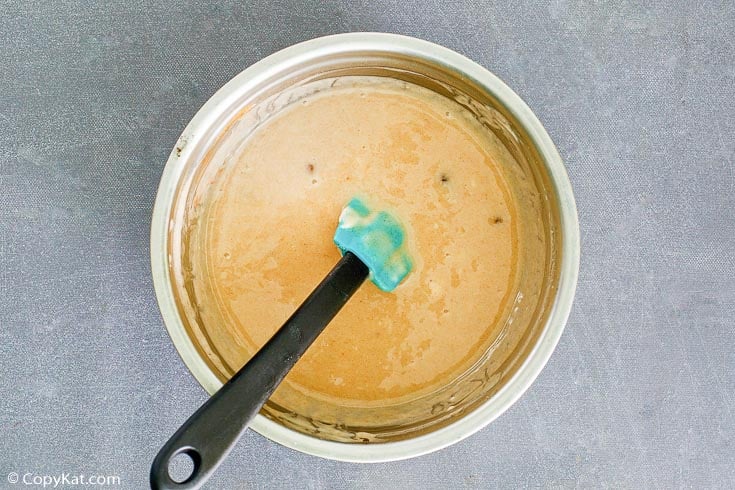 Allow pie to cool to room temperature before serving. 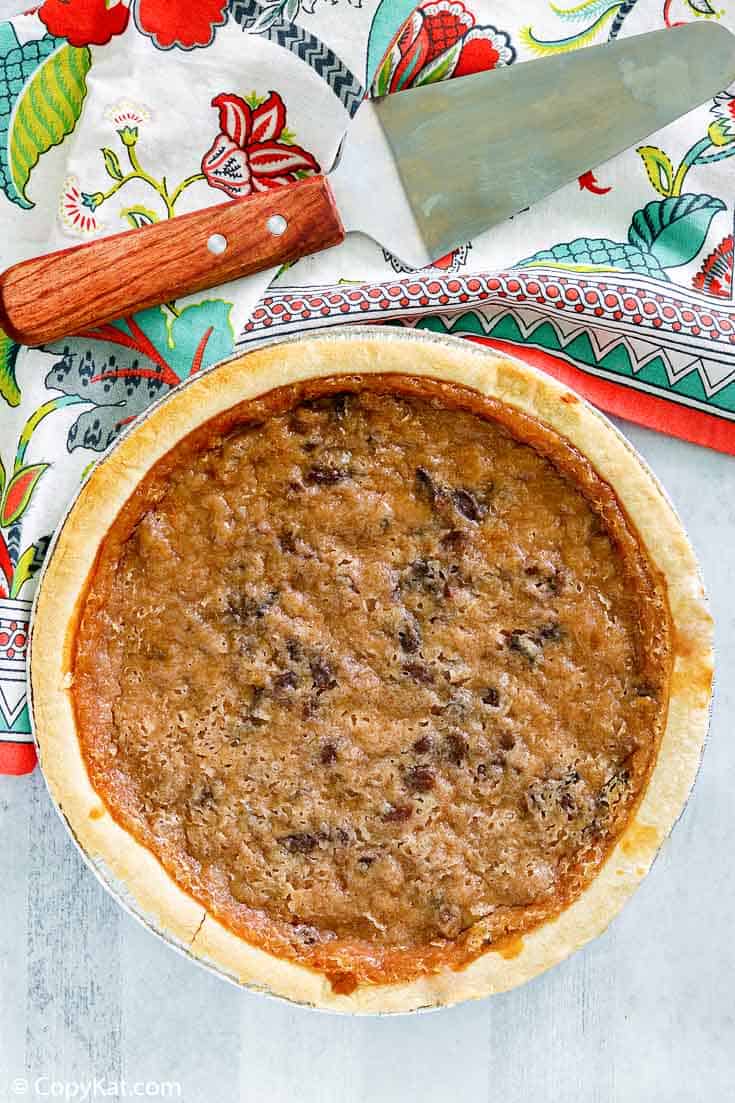 Slice and enjoy this classic pie for dessert. 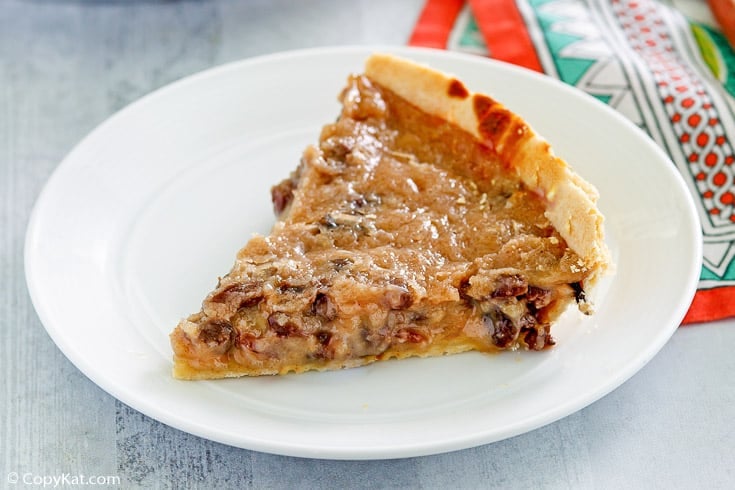 Be sure to check out more of my easy desserts and favorite family recipes.

This recipe is from the archives of my grandmother, Ethel Eynard. Jefferson City, MO. 1984. 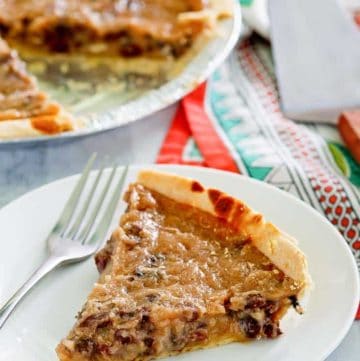