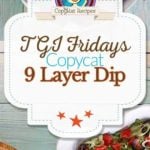 TGI Friday’s Nine Layer Dip – it has become the standard dip for game watching, parties, and much more. This is bean dip brought to a new level: refried beans, bacon, cheese, taco seasoning, tomatoes, green onions, and so much more. This is easy to put together and has all of the best ingredients that Mexican food has to offer. 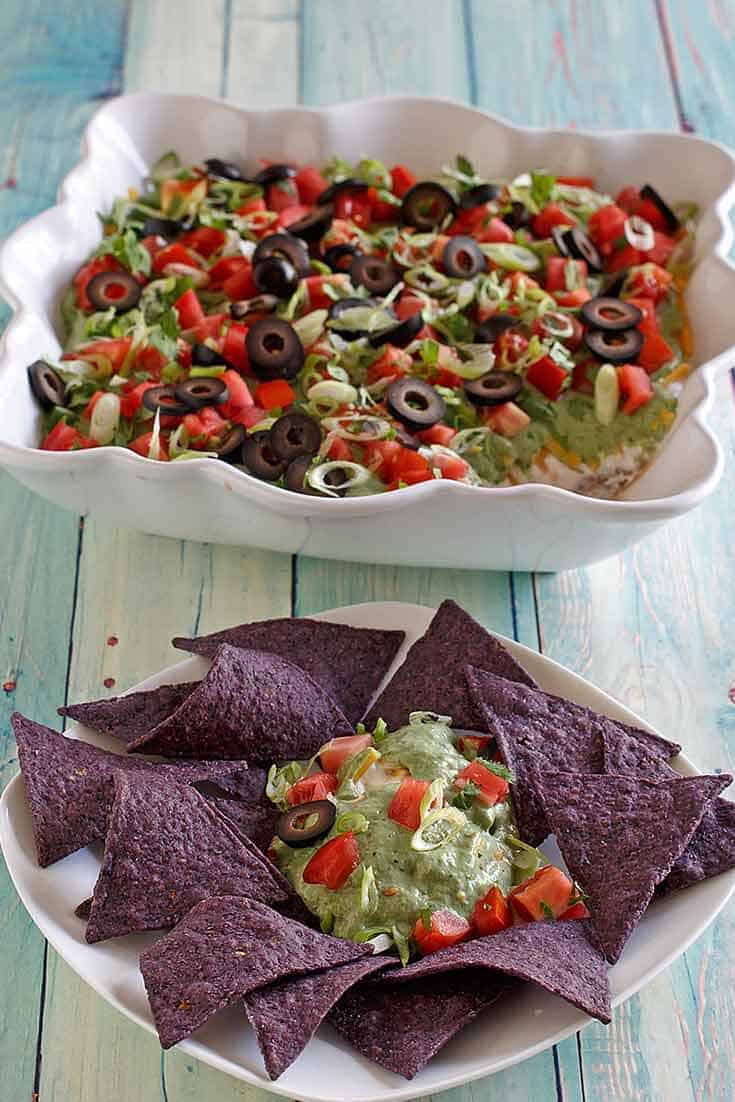 Make this TGI Friday menu item for your next party

The TGI Friday’s Nine Layer Dip is one of the menu items that really put TGI Friday’s on the map. Can you go to a party nowadays without there being a layered bean dip any more? No. I think this is a standard appetizer that everyone loves to serve. 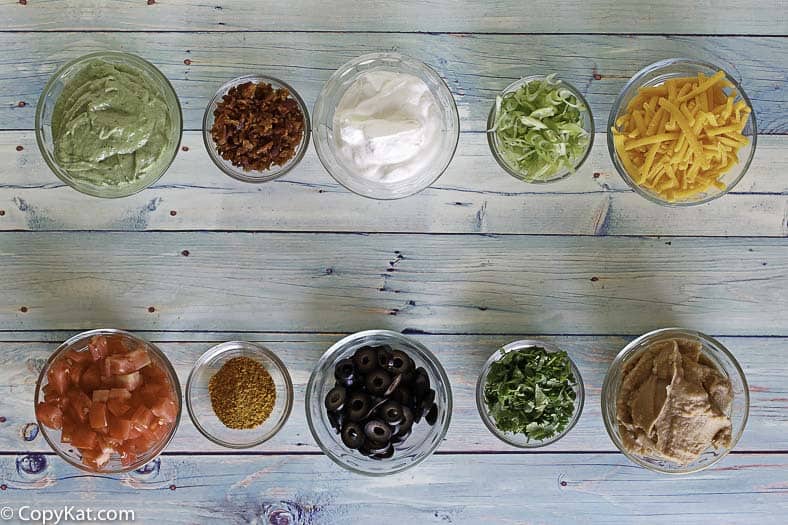 How to lighten up this dip!

Now if you want to lighten up the recipe, you may want to substitute the sour cream for light sour cream. You could also use fat-free refried beans and low-fat cheddar cheese. If you want to make it Vegan, you can use vegan-friendly “sour cream”, and “cheese”, and you can omit the bacon. So this recipe is very flexible. 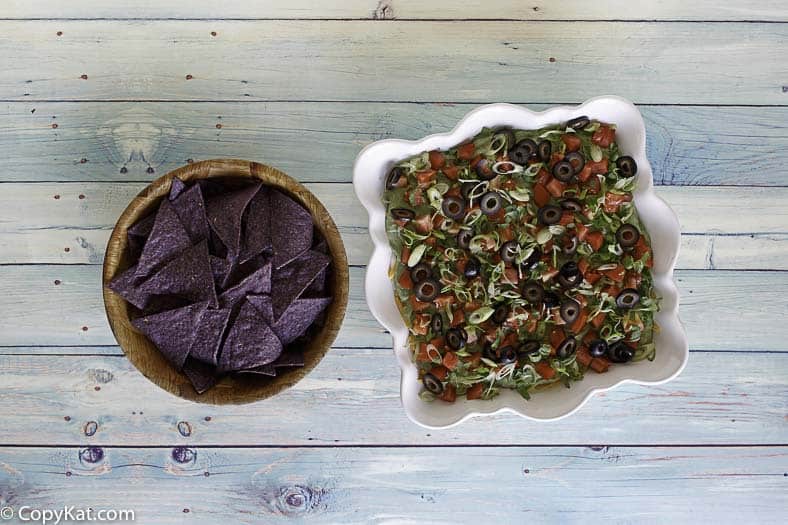 There is no reason why you need to buy this multi-layer dip at the store, you can make it at home, and enjoy a wonderful fresh layer dip. 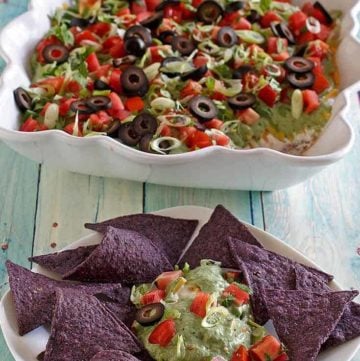