Hashbrown casserole is easy to make and tastes wonderful.  Frozen hashbrowns, sour cream, and cheese makes for a wonderful side dish.  This recipe was recently posted in the CopyKat Recipe exchange list. Thanks to Michele Blaylock for this great recipe. 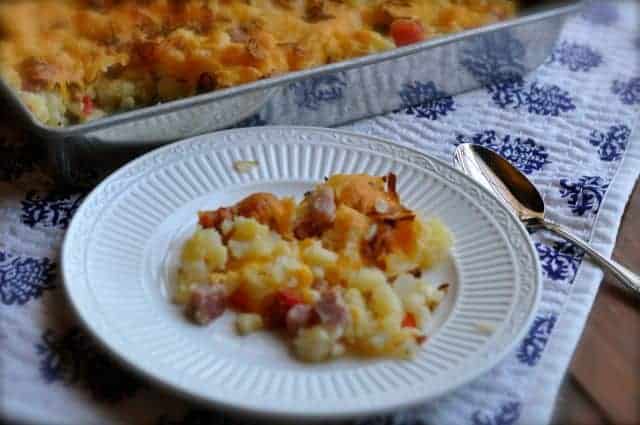 Are you ever looking for a hash brown casserole with a little something more? We all love the Cracker Barrel Hash Brown Casserole, its wonderful, and funeral potatoes are another great way to serve up frozen hash browns. This recipe for Glorified Hash Brown Casserole takes these to a new level. To this recipe we are adding fresh bell peppers and ham steak to turn this side dish into a full meal.

Great way to use up Left Over Ham

You could also slip in another vegetable or two in this dish if you desire. Frozen peas or even some carrots would go well in this dish. You may even want to spice this up with a little bit of cayenne pepper, or even some garlic. Either will work just great. This dish also reheats well. I love dishes that reheat well. I sometimes I like to bring my lunch to work with me.

So with some left over ham, and a couple of fresh vegetables you can turn a package of frozen hash browns into a filling meal. This dish has the benefits of reheating nicely, and is quick and easy to put together. 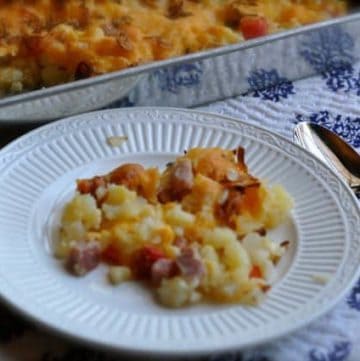