Arbys Sauce is ketchup with a kick. No one does this better than Arby’s. You don’t need to worry about not having enough sauce anymore! Use on your roast beef sandwiches, homemade beef and cheddar sandwiches, and so much more, this sauce packs so much flavor! Try this one today.

Arby’s has been passing this sauce around forever with their roast beef sandwiches. I think this sauce is such a nice change on pastrami or hamburgers, and it’s a great dipping sauce for hot wings. Spread it on a sandwich and your sandwich will zing.

What is Arby’s sauce?

If you have never had Arby’s sauce, has a sweet, tangy, and spicy flavor. It is a marriage made in heaven when it comes to flavor. You can make your own version of their signature sandwich at home with this easy recipe. It’s so much more than a tangy barbecue sauce!

Arby’s was the inspiration of two brothers, Forrest and Leroy Raffel who opened the first restaurant in Boardman, Ohio in 1964. They had the idea that there was a market opportunity for eateries based on a food other than hamburgers.

The brothers first wanted to name their restaurants “Big Tex” but that name was already taken. Instead, they chose the name “Arby’s” – based on “R” and “B”, the initials of the Raffel Brothers. Nice and simple.

More items have been experimented with and in 1991 Arby’s became the first fast-food chain to offer a complete “lite” menu with several sandwiches and salads coming in at under 300 calories and 94 percent fat-free. Read a lot more about the history of Arby’s.

Having to buy something just to get some sauce is kind of expensive, but you can make Arby’s tangy sauce just like they do at home. Mix this sauce up and make the family smile. Make a batch and store it in a covered container in the refrigerator so it will always be on hand.

How to Make Arby’s Sauce 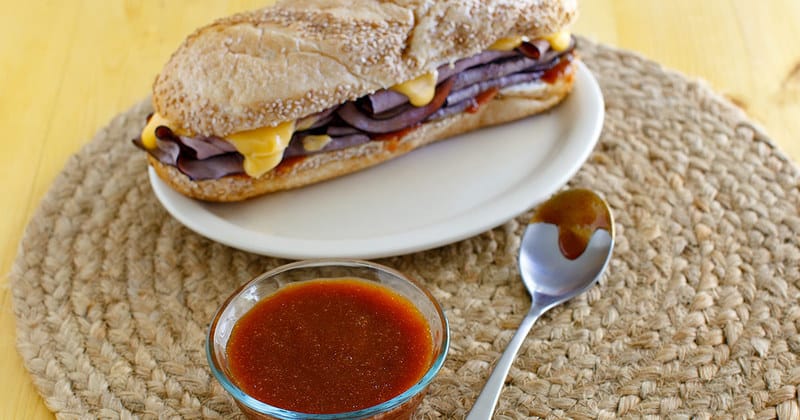 How to use Arby’s sauce

Of course, you are going to want to use this on your own shaved roast beef sandwich. This sauce has the perfect balance of flavor, so you can use it on other food like:

How to store Arby’s sauce

Now that you have made the sauce, you may not consume it all in one sitting. You can store this in either an airtight jar or other airtight containers. I love to place this into a squeeze bottle so I can squirt it into a sandwich!

This will last in your refrigerator for up to two weeks.

Is Arby’s sauce the same as red ranch?

No, Arby’s serves the red ranch sauce on their beef ‘n’ cheddar. The regular Arby’s sauce is used on their classic sandwich and is available in packets upon request.

Is Arby sauce the same as barbecue sauce?

This classic sauce may be viewed as a barbecue sauce, but it has a larger range of spices in it to give it more flavor. This sauce is also thinner than most traditional barbecue sauce.

Arby’s sauce tastes like a barbecue sauce that has been leveled up. It packs a kick of garlic, onion, paprika, and so much more.

Be sure to check out more of my popular fast food copycat recipes and the best dips and sauces. 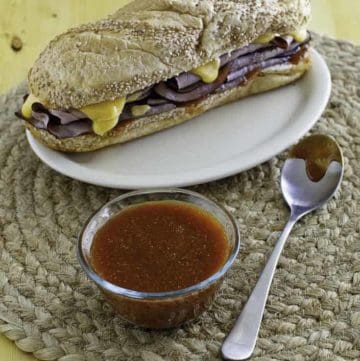